Home / Fight Like a Girl Magazine / Reflections / “Nice to meet you, How do you feel about IVF, Surrogates, Adoption?” 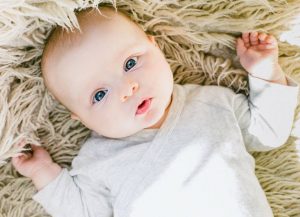 This past week I learned something. After four negative pregnancy tests and only one month left to try, I decided to talk to my hubs about IVF and having my eggs harvested to maybe have a surrogate one day. Turns out the hubs doesn’t believe in IVF or surrogacy. Hum. Now obviously before we got married I asked him about adoption and talked to him about the fact I may not be able to have kids. The month before we got engaged, I had my third surgery so he knew I may not be able to have kids. We had sort of a whirlwind romance to bystanders. We dated exactly eight months to the day that we got engaged. I can’t say for sure that I would ever do surrogacy, because the thoughts of someone else getting to carry my baby would be hard. I knew we didn’t have the money for IVF, but to hear him say ‘no’ was kind of shocking. But those aren’t really two subjects that come up on the first date, or second.. I actually am not sure when that would come up. So I am now wondering, if we had more time, if we weren’t under this extreme time strain, if we had a year or more to consider other options, what would my response have been? As it turns out, we don’t have the time, so I haven’t put too much energy into exploring this question.

But when I first started college, I met a guy that had a crush on me. He didn’t know about me having endometriosis. That is, until I suddenly had to have surgery. Then the questions came, and so I told him the truth. After finding out, he decided he didn’t want to even be friends. He said he didn’t want to get close to someone who had a disease that could keep them from having kids. Okay. I wasn’t interested in him anyways but it hurt all the same. It also planted the idea of someone not being able to ever handle it in my head. A year or so later, another guy that was interested in me randomly told me he could never ever adopt because he could never love them like his own. Even if I would have been interested into getting to know him better,  I wouldn’t have because that has been a big issue for me.  So when my hubs came along and was open to adoption and was understanding when the doctor told us that we may never have children, that only seemed like icing on the cake of a great guy! Now, don’t get me wrong. He is great. He’s been by my side through a lot. But I guess it just confirmed my belief that no matter how long you live with someone who has endo, you will always face challenges. You will always face things you don’t agree on but all in all you just need to find that person who will stay by your side. Because let’s face it, it’s horrible to be the one who has it, but I also try to imagine what it’s like to live with someone like me too.

So if you are single and are dealing with endo, when you find someone who you think may be “the one”, make sure you talk about all of these important issues. Talk about them because if they won’t support you no matter what then they aren’t “the one”. If you are already married, how did you and your hubs decide what to do? Did you disagree about treatment?

Previous Husband, Wife Get Matching Tattoos As They Both Fight Cancer
Next Invisible Scars