fightlikeagirl_sm Living with an Illness, Reflections Leave a comment 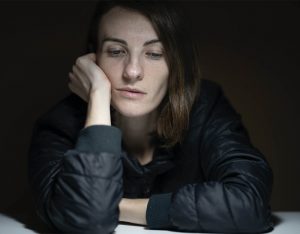 I have many visible scars from various diagnostic procedures over time. I have a scar on my ribcage from my chest drain, a scar slightly under my arm pit, and a scar just underneath my right breast, from my Hodgkin’s biopsy. I also have scars on my arms from cannulas; and from a bite from my son, that wouldn’t have usually scarred, but because I was going through chemo, the pigmentation was altered. Then I have a scar on my throat, from the thyroid surgeries.

Those are permanent reminders of what I have been through. They won’t go away. People can see them (okay, maybe not the rib and breast ones so much) and will wonder what they are. The ones that are bold enough might ask. The ones that aren’t might talk about me to others later, asking them if they know what more about the scars.

Those scars don’t bother me. It’s funny, because maybe they should. However, I don’t find myself hiding my thyroid scar, by making sure I wear a polo neck, or a scarf or a necklace, because I don’t feel like I need to. I’m not embarrassed or ashamed of what I went through. What I find difficult to cope with, are the emotional scars. The worry that every time I get a cough, I wonder if I have a chest mass again. The worry about whether I’d be classed as high risk for my next pregnancy, meaning I can’t have the homebirth that I wanted when I was pregnant with my first. The worry about whether I can even get pregnant again. The worry that if I relapsed, my boy might have to grow up without his Mummy.

I woke up one morning really upset. I’d had such a realistic dream in the night. I can only ever remember having a dream that real once before, and it left me feeling really shook up for a long time. I’d relapsed, and there was nothing they could do for me. It was so realistic. Even my consultant that I see was in the dream and she was the one that had to tell me. What had actually happened, was that I hadn’t relapsed, so much as I was never in remission in the first place. The consultant had not looked at the scan properly and there was still active disease.

I know that isn’t a possibility. I saw the scan myself. The only active hotspot was my thyroid, which has now been dealt with, but to wake up with that feeling… it was horrible.

Scars don’t have to be visible to be there. Sometimes, the invisible ones are the worst.

Previous “Nice to meet you, How do you feel about IVF, Surrogates, Adoption?”
Next I Am A Spoonie! Are You?