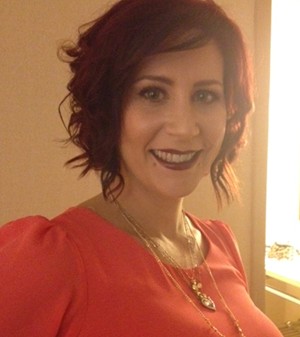 I always wanted to be like my older sister. She was my everything. My parents got divorced when I was very young so my sister basically raised me since age eight. I was in a very abusive first marriage and wasn’t able to be closer to her or the rest of my family for a couple years. After a year of marriage I left with the strength of my sister behind me in 2001.

I contracted Lyme disease on our honeymoon in Pennsylvania and had just finished several rounds of oral and IV antibiotics. I was treated by a friend of a professor at Baylor University who had to keep the diagnosis a secret since Texas didn’t recognize Lyme disease. Whatever, it didn’t matter as long as I felt better, could walk, and could not hurt. Little did I know that was the beginning of my battle. I found out later that he was cheating on me through the whole marriage and had given me HPV. I was also diagnosed with PCOS at that time. I went through three laparoscopies, two LEEP procedures, Lupron treatment, and multiple compound hormone treatments over the next couple years.

In 2008, when I was 27 and single, I was told I needed a hysterectomy ASAP after being diagnosed with cervical cancer secondary to the HPV. I had the hysterectomy and was diagnosed with endometriosis then. This seemed to be a never ending battle. I married my love in 2009 and he knew I couldn’t conceive but I know he didn’t plan on the rest. He’s military and unfortunately gone for sometime throughout our years married -though he supported me from afar.

I’ve had two really serious Lyme disease relapses since. Once while he was deployed. He left when I was a healthy 140 lbs, and returned when I was 100 lbs of sick. I tried hard not to let it show. My sister died unexpectedly in April 2013 and that was the single most traumatic thing I have ever had to deal with. Now it is 2014 and I was told my PCOS is no longer manageable and the ovaries must be removed. And I also had endometriosis on my bladder and bowels requiring a team of surgeons. This will happen in August. People tell me I’m so strong but I don’t know how else to be. I’ve battled since I was young. I battled LIKE A GIRL. I’ll never stop. I AM STRONG!!!