Home / Articles / Health and Wellness / Do You Live Longer if You Stop Smoking With Lung Cancer?

Do You Live Longer if You Stop Smoking With Lung Cancer?

Few people want to hear the news that they have lung cancer. The startling statistics are that one out of fourteen people will be diagnosed with lung cancer at some point in their life.

Not surprisingly, smoking plays a role in many cases of lung cancer and some people diagnosed with this disease think it’s too late to quit after they’re found to cancer – but this doesn’t seem to be the case.

According to a study published in the British Medical Journal, people who are diagnosed during the early stages of lung cancer reduce their risk of dying if they kick the smoking habit.

This surprising new study shows that people in the early stages of lung cancer reduce their risk of death by half when they stop smoking. It seems that those who give up tobacco reduce the rate at which their cancer progresses – leading to a better outcome. Unfortunately, the same doesn’t hold true for those diagnosed when lung cancer is more advanced. People with advanced lung cancer who stop smoking don’t significantly improve their outcome. In general, advanced lung cancer has a poor prognosis, and the majority of patients are diagnosed after the cancer has already spread to other areas.

In cases where lung cancer is diagnosed at an early stage, some doctors don’t encourage patients to stop smoking and don’t discuss smoking treatment options in the belief that it’s too late, but this study seems to contradict that. It provides a way for patients unfortunate to receive a lung cancer diagnosis a chance to improve their outcome. Most lung cancers present with few symptoms initially and when a tumor is picked up in the early stages of lung cancer, it’s usually found on a routine chest x-ray. By the time symptoms such as cough, shortness of breath, and chest discomfort appear, the lung cancer is usually more advanced.

One way of diagnosing lung cancer in smokers early on that’s been entertained is the use of spiral CT scans as a screening tool. It can pick up the early stages of lung cancer, but it also shows scar tissue and other benign lesions which can be hard to distinguish from cancer without a biopsy. The scans are also quite costly – costing up to $1,000. So far, this hasn’t become the standard of care because of these problems.

The good news? If a person is fortunate enough to be diagnosed during the early stages of lung cancer, kicking the smoking habit can improve their outcome – and potentially save their life.

Photo by Irina Iriser from Pexels 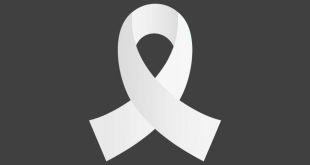 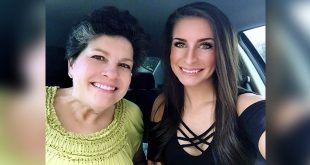