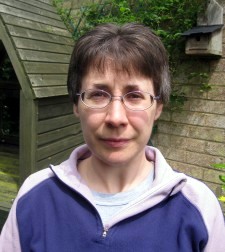 I share my story being post-op for over 3 years now.

Just before the age of 8. I started to go through puberty. I started my periods at the age of 10. I remember the day I started very well. I was sitting on the toilet and shouted to my Mum, ‘There’s blood in my knickers.’ Then, it hit me.

From that moment on, I was crippled by excruciating pain. I didn’t know what to do or where to turn; it frightened my Mum. This was to be my usual cycle. I had a period every 21-24 days, and each time I would be doubled-over. I wasn’t able to get up from a doubled position; I would coil up on the bed, floor or in a chair in agony. Paracetamol had no effect whatsoever, nor Feminax later. I would clutch a hot water bottle for dear life, and I flooded all over the place, through my clothes, through the towel on the bed, through the sheets and onto the mattress, or onto the chair or floor. I had constant diarrhoea every time I went to the toilet. I couldn’t eat anything, as I had severe nausea and threw up anything I ate. This lasted for 2-3 days every cycle, preventing me from going to school. After this time, I struggled on the bus with less pain but was still flooding through my uniform. My period would last 7-10 days.

The doctor said it would settle down with time, as it was because I had just started my periods. At the age of 13, I went back to the doctor and was given anti-inflammatory medication. I took this, and each time suffered further diarrhoea and sickness and decided to stop taking it, as it had no effect on the severe pain. On my return to the doctor, I was told that there was nothing else they could do and that it should settle down when I reached the age of 25. So I gave up going to the doctor about it.

I tried homeopathic remedies, Chinese herbal medicine, magnet therapy, aspirin/ibuprofen, Neurofen (all made me violently vomit blood), and none of it worked. When I was 19, I started to take a codeine-based mix of painkillers.

These painkillers gave me a new lease of life. They knocked my usual 8/10 pain down to a 5 or 6, and I was able to work through my cycle. I changed careers and remained on this self-management plan until my problems started to worsen further. I started to have really bad pain a week before my period started – about 6-7/10 – with stabbing pain which would take me by surprise and double me over. I struggled on and would know what day my period would start each cycle, as it was always one week after the initial pain (I now know this as ovulation pain) ended. I would then have one day pain-free, then start my period. The excruciating pain would start, and I started to take my painkillers. I had a 17-day session of pain and would be due again in another 10 days. I was lucky to have a week pain-free at a time, due to bowel problems in-between my cycle, including times when I would fill the whole toilet bowl with blood from my bowels with diarrhoea. Doctors, again, just told me it was normal or that it wasn’t worth having tests.

In 2006, I met a woman who witnessed my pain and symptoms first hand. She said that she had a hysterectomy due to endometriosis. I looked it up, and it got me thinking. All of the symptoms matched mine.

I started to trawl through my diaries where I kept a meticulous record, I compiled this into a chart spreadsheet and took it to my doctor. She immediately said she thought I had endometriosis and referred me to gynaecology at the hospital. By this time, I was collapsing about 6 times a year from 9/10 pain which took me to the floor (this turned out to be from adhesions sticking and twisting my left ovary and bowel). At the age of 28, I had a diagnostic laparoscopy and was diagnosed with endometriosis a few weeks before my 29th birthday. I was immediately put on Zoladex and told I had extensive endo and that my left ovary was stuck, but my surgeon released it.

The Zoladex was the best treatment I had had at this point. I had my first pain-free time of my life in 18 years. The Zoladex was a six month treatment, due to bone density issues after this time. We were on holiday at the end of the treatment. My period started one month after the last shot. It was so bad we had to abandon the holiday to return home.

Then, it was back to the hospital clinic. They kept saying they’d give it 3 months, as it should settle down. It got worse and worse. Eventually, they said they would try the Mirena Coil. It would be fitted at my GP surgery. I endured 30 minutes whilst the GP tried to open my cervix and was then told I had to go to the hospital to have it fitted. The Mirena worked to some extent, and my periods were much lighter and stopped completely for a while. Then they just started to come back, and the pain got worse. I had to be rushed into hospital by ambulance, due to 10/10 pain, which made me lose consciousness (this was again due to my ovary and adhesions).

Having previously been discharged from the hospital clinic, I went back through the referral process to see a gynaecologist after my GP had recommended a hysterectomy. Another Mirena Coil was tried. This didn’t work, so it was decided that I would have the hysterectomy after all.

In November 2011, I underwent surgery to remove my uterus, ovaries and cervix. My left ovary was stuck again, and she had trouble trying to release it. The endo pain has gone now, and although hysterectomy is not a cure, I am happy with my decision to have everything removed. I remain not on HRT to lessen the chances of endo returning and am lucky to have high bone density.

I would urge all girls and women to persist with going back to the doctor about your symptoms and to follow your instinct. If you know it is not right, you are probably correct. Endometriosis UK has given me the support of knowing I am not alone. We can all help each other with this disease.