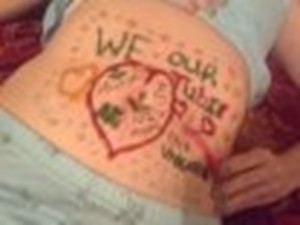 I am a 41 year old mother of two teenagers. I also have gastroparesis (paralyzed stomach). I have had several abdominal surgeries in the past. The surgeries stemmed from an endoscopic surgery at 26 and a full hysterectomy at 28, which is from the fact that I have horrible endometriosis. I also had both ovaries removed at that time.

So, three years ago while working as a pediatric tech and going to college for my pediatric RN degree, I started having problems. I started not being able to eat because of constant vomiting, nausea, and pain. Also, I could only eat a few bites before I would get really sick. Over a year and a half later I was put in the hospital for 11 days in November of 2011. They ran all these tests and I was told it was all in my head.

After another seven months and losing 40 pounds, I decided to go to another doctor. I was diagnosed with gastroparesis. I was told that it was bad and would need a feeding tube. In September 2012, I was in the hospital for a month. After a big surgery, and a huge six inch scar, with the J tube sewn into my small intestines, I was told that this would be my life.

Now I am on disability because I am so weak and sick that I cannot work. But through all of this, I will not give up. My father battled ALS before it took his life in 2009 and he handled himself like a hero, which he was. So, I will continue to fight. I am so blessed to have an amazing fiance, children, mother and friends that are the best. I plan on someday getting my degree even if I cannot work. I think it is very important to show your children that life is worth fighting for.