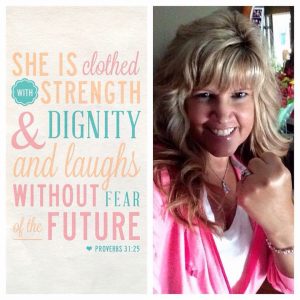 I am currently being treated for breast cancer. In my early 20’s (1986) I began having several issues, for which I was diagnosed 6 years later. I had a pituitary tumor, causes terrible headaches, hormonal imbalance, etc. After surgeries, including gamma knife radiation, the tumor remains.

Due to the hormonal imbalance causing my estrogen to be extremely high, I started to feel as though something was off. I had regularly scheduled tests, including a mammogram. I was told to come back in 6 months, which I did. No clue to what was going on, and I did feel a lump. But at the next mammogram appointment, they followed up with a diagnostic mammogram, and again I was told to come back in 6 months. I decided the next time I would ask for an ultrasound.

So six months go by. This is now 2015. During my ultrasound, the technician got the doctor to come in and talk to me. This doctor took her time and talked me into getting a mammogram again, and she looked at it right then. Because of my hormone issues, it was being basically brushed off because with my prolactin being so high, it looks different. She told me that it may be the prolactin but wanted to make sure. I had already had an appointment for an MRI on my ankle the following week, so she scheduled a breast biopsy as well. She called me right away with the results. Positive for cancer.

My tumor was pretty deep into the chest wall, and it was almost 7.0 cm. I had precancerous cells in the other breast. My lymph nodes looked very diseased. I believe Dr. Booth was sent to me that day. She saved my life because she took the time to care and look closer.

I am not a drinker or smoker, and this shows that cancer does not discriminate. I am still fighting strong, and I use every opportunity to reach others to be their own healthcare advocate. You know your body, and even after finding a lump, I was brushed off until a wonderful doctor, who I have developed a special bond with, cared enough.

I have at least 3 years to go on treatment, and it does get discouraging at times, especially when you see others finish treatment and find their new normal. But I am a fighter, and I will keep my gloves up as long as I have breath. I will fight for others as well.

With God I carry hope & strength.