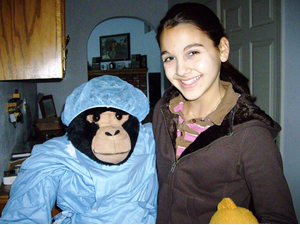 When an ill child is brought to the doctor, cancer is the last word on everyone’s mind.  Kids are known for being energetic, youthful, and healthy…which means many narrow down symptoms to simple ailments.  But when a sick child reappears week after week through the doctor’s office door, it is time to face the fears of what may be wrong.  So often when hearing the stories of other cancer kids, it begins the same- a frustrating series of misdiagnoses.  It is not surprising then, that 80% of children who are diagnosed with cancer are already in stages 3 and 4 compared to 20% of adults.  By that time, pediatric oncologists must issue harsher, more intense treatment to put the cancer into remission.  Two-thirds of those that endure treatment face lifelong side effects from the potent treatments.

It is therefore, extremely important that we acknowledge and recognize symptoms that may serve as a red flag for childhood cancer.  However, the difficulty is that most symptoms of childhood cancer are also those of other illnesses, such the flu, colds, and other respiratory illnesses.  It is critical to rule out childhood cancer if a child’s symptoms persist and common ailments have been dismissed.  Some signs of cancer may include: anemia, swollen lymph nodes, frequent infections, fever, unexplained bruising, bone and/or joint pain, extreme fatigue, weight loss, headache, neurological problems, and more. (For additional and cancer-specific symptoms, click HERE)

My declining health began with a multitude of colds- never had I been so consistently sick.  Little did I know I was on a path downward as I worked to fight off each illness that I had.  I was not aware of how poorly my immune system was functioning at this point in time, or that my inability to fight off germs signaled a serious underlying condition.  Extreme fatigue haunted me for months, and a pale complexion quickly replaced my rosy cheeks.  With incessant chills, I’d sit in the same chair in the living room day after day until I was forced to move by sheer will.    Soon, the nightmare visits to the doctor began, where I’d hear a sorry diagnosis for my condition on a weekly, or sometimes biweekly, basis.  Anemia, allergies, depression…c’mon, really?!   Despite wishing with all of my being that the problem was “easy to fix”, I knew inside that something was much more serious and scary than anyone believed.

The symptom that at last led me on the path towards a diagnosis was a strange cough that I developed.  Dubbed “the Dolphin Cough” by yours truly, this high pitched wheeze would escape violently when I exerted myself.  Concerned about my lungs, my mom demanded a chest X-ray that resulted in the eventual discovery of the mass in my chest cavity and later diagnosis of Hodgkin Lymphoma.

So many children have to endure this “battle before the battle”.  For some, the diagnosis comes too late, and grieving parents are left to wonder, what if…what if the diagnosis had come sooner?  While it is difficult to differentiate symptoms of common ailments with those of cancer, it is vital that cancer be considered as the culprit if symptoms linger or worsen.  I cannot stress enough how important it is that parents demand testing until a diagnostic conclusion is reached.  Still, I hope that with increased childhood cancer awareness, parents, doctors, and kids will be better educated, a diagnosis will be reached sooner, less harsh treatments will be required, and lives will be saved.

Share
Previous March is Endometriosis Awareness Month!
Next Are you a Cancer Previvor?

One Who Should Not…

Do you know a child with cancer?  Are you wondering what kind of gift to …