Home / Articles / Get Informed / Awareness / Are you a Cancer Previvor?

Are you a Cancer Previvor? 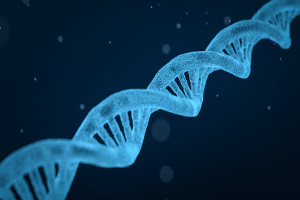 A previvor by definition is a word used describe those who have a higher risk for cancer due to close family history or due to certain genetic mutations (like the BRCA1 or BRCA2), but do not have a cancer diagnosis.

According the non-profit organization FORCE (Facing Our Risk of Cancer) Empowered, they coined the term previvor 11 years ago. A frequent contributor to one of their messages boards stated that they felt that they “needed a label,” and hence the term was chosen to identify those living at a higher risk for cancer. FORCE goes on to state that the previvor community has its own unique needs and concerns separate from the general population, but different from those already diagnosed with cancer.

Like those with cancer, previvors can go through a range of emotions that can be debilitating. Some chose to deal with these emotions by having elective surgery as a way to prevent cancer. In the case of breast cancer, that would generally be a mastectomy, or a prophylatic mastectomy as it’s called. This is a highly controversial choice and many wonder why this would be necessary.

Critics ask why have a perfectly good body part removed until it absolutely has to be. Besides, many insurance companies won’t cover this procedure. Critics also say that just because you have a close family history of cancer or have a genetic mutation, doesn’t mean that you will be diagnosed with cancer. In addition, it’s possible to still get cancer in the area that was surgically removed. Physicians may even recommend just getting screened more often. However, for the many who chose this path, this is the only and correct answer for them.

Are you a previvor? If so, have you chosen to have an elective mastectomy? If not, why? Even if you’re not a previvor, how do you feel about those who have had elective mastectomies in order to prevent a cancer diagnosis? Let’s discuss and remember to respect all points of view! 🙂

Previous The Pre-Battle Battle
Next The Other Hepatitis