Sweetened soft drinks are one of America’s favorite beverages. Kids and young adults love nothing better than to sip a fizzy, carbonated beverage as they enjoy a bag of chips or a carton of popcorn at the movies. Despite their sweetness, soft drinks have been blamed for the growing epidemic of child and teen obesity in this country, and now, a new study shows they may increase the risk of one of the deadliest forms of malignancy – pancreatic cancer.

According to research published in Cancer Epidemiology, Biomarkers and Prevention, drinking sugar sweetened soft drinks is associated with a high risk of pancreatic cancer. Researchers came to this conclusion after following the dietary habits of over 60,000 men and women as part of the Singapore Chinese Health Study which extended over a fourteen year period. They found that participants who drank two or more soft drinks per week had an eighty-seven percent higher risk of pancreatic cancer compared to those who rarely drank them.

The bottom line? This is one more reason to limit soft drink intake and choose a healthier beverage to enjoy. Soft drinks are not only high in calories, but they also increase the risk of osteoporosis because of their high phosphorus content. Say no to sweetened soft drinks and sip green tea or water instead.

Share
Previous Does Hot Tea Increase The Risk For Esophageal Cancer?
Next The Multiple Benefits of Yoga 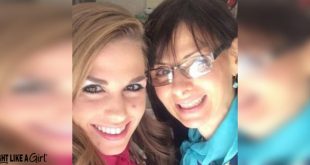 Hello,  my name is Diane Greco. I am the mother of four young adults, a …