Does Hot Tea Increase The Risk For Esophageal Cancer?

Drink hot tea during the day? You may want to give it time to cool down if you’re concerned about the health of your esophagus. According to a new study, drinking hot tea may increase the risk of esophageal cancer, a serious form of cancer with a very dismal prognosis. This study was published in the British Medical Journal and the results will hopefully spark further research into what causes this devastating form of cancer.

Another study, by CNN in 2019, says that piping hot could be increasing their risk of esophageal cancer. According to the study, tea drinkers who liked their beverage to be warmer than 60 degrees Celsius (140 degrees Fahrenheit) and drank more than 700 ml of tea per day — (about two large cups) — had a 90 percent higher risk of esophageal cancer, when compared to those who drank less tea and at cooler temperatures.

This particular study was conducted on people in the Golestan province in Iran, an area where drinking hot tea is a common practice and the incidence of cancer of the esophagus is high. When tea drinkers with esophageal cancer were compared with controls who were healthy, it was shown that those who drank hot tea or very hot tea had a significantly higher risk of developing esophageal cancer compared to those who drank their tea at a lukewarm temperature. It was also shown that drinking tea within two minutes of pouring it increased the risk of esophageal cancer compared to when tea was allowed to set for four or more minutes before it was drank.

This isn’t the first study to show an association between drinking hot tea and esophageal cancer. It’s unclear whether there is a direct cause and effect relationship and whether it’s the tea or the temperature that’s most important. The tea drank in this study was black tea and it’s difficult to say whether the same results would have been seen with green tea, white tea, or herbal tea.

Researchers speculate that drinking hot tea may cause irritation and damage to the cells lining the esophagus due to the high temperature of the liquid. This could set up an inflammatory reaction that might eventually lead to cancer. How hot is considered to be too hot? In this study, it appeared that drinking tea above 149 degrees Farenheit increased the risk compared to those who drank tea at 140 degrees Farenheit or below which was considered to be lukewarm.

Although this may not be sufficient reason to give up the habit of drinking hot tea, researchers suggest letting hot tea cool for at least five minutes before drinking it to reduce the risk of injury to the cells lining the esophagus. Although no experiments have been done as of yet to support this, it may be a good idea to avoid drinking very hot coffee and other beverages that could irritate the lining of the esophagus. The good news is most beverages can still be enjoyed at lower temperatures. 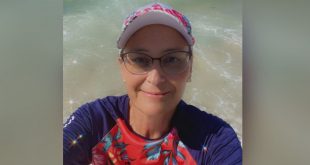 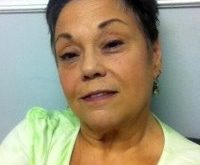 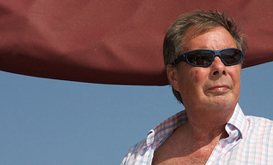 My journey started December 2021.I was having difficulty swallowing. At the end of January 2022, …