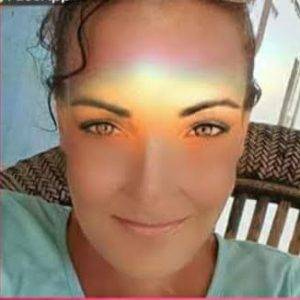 I woke up one morning in April and found a lump in my neck.

It was on the right side, just under my jawline. My doctor told me it was probably a cyst and he’d just “cut it out”.

I, intuitively, however opted for an ear, nose & throat specialist. He suggested a surgical biopsy under general anesthesia.

I got the results three days later, that proved it to be a rather large metastasized tumor stemming from a main tumor in my nasal cavity/sinuses. It was almost stage four. I never felt sick,never felt any symptoms until I saw that lump in my neck.

I was told that it was urgent I get radiation & chemo treatments, even more so given the late stage.

What came next was the beginning of a two year whirlwind fight for my life. I spent seven weeks at radiation treatment,7 days a week.

I went through five rounds of the most toxic substance known to cancer & the human body, CHEMO. Each round was done inpatient due to the stress on the body. The treatment dripped for 1.5 hours but the recovery, in hospital, took almost two weeks each time.

I had to have a gastrointestinal feeding tube inserted into my abdomen to feed me liquid food overnight, every night while I slept.

I couldn’t eat regular food as the chemo killed my taste buds, saliva and caused horrendous sores in my mouth and throat. I have lost all of my teeth to radiation but am glad for my life.

The radiation burned my neck and part of my face so black that it peeled off as if I’d been roasted on a pit. PAIN, I have the scars to prove it.

I was given narcotic painkillers everyday to ease the hurt but nothing ever really worked.

They got me high, then addicted. I fought and won the addiction battle finally 5 years ago.

Throughout all of this, I was only 22- years old.

My children were five and six months old. Girl & boy.

I had a lot to live for in just them so I focused all my fight like a girl power on staying alive for them and for me.

Further MRI, CT scans & blood work begin to show a remission. We are all excited and full of hope. I may just have done this….I may have just beaten the “Big C”…my nemesis…my astrological sign!!

Final scans were taken and the tumor was GONE!

My radiologist explained to me that although he shouldn’t be telling me what he was about to but, the prognosis had been very grim in the beginning is basically the gist of what he was relaying to me in his doctor terms.

The fact that I beat it back then & am alive today at almost 49 now is a pure miracle indeed.

My children are grown & I have grandchildren, now, too.

For myself and for my children I FOUGHT LIKE A GIRL…and WON! 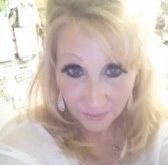 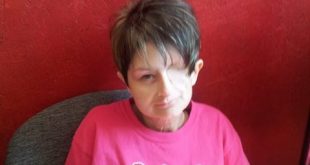