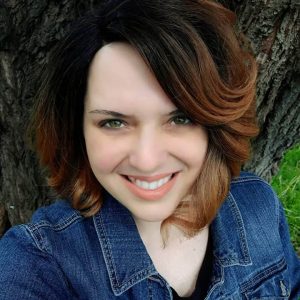 My name is Sandra Yohanna,  and I was diagnosed with Stage 3 Vulvar Cancer on December 11, 2017 at the age of 36. I had problems on my vulva for nearly 7 years prior to diagnosis. After more than a year of dealing with this horrible itch that wasn’t going away, I began to seek medical attention.

Doctors brushed it off as a bad yeast infection, but despite treatments, my condition worsened. What followed were 5 years of being dismissed and misdiagnosed countless times. Eventually, I was diagnosed with Lichen sclerosus (LS) through visual examination only; later on, I found out that it’s standard procedure to perform a biopsy to diagnose LS. Had they done so; the cancer would’ve been discovered sooner. Over the years my symptoms worsened from a persistent itch to daily pain, ulcerating lesions, painful urination, problems sitting due to pain, etc.

It took almost all of 2017 to get the attention of doctors that something was wrong. I was in physical agony, yet they made it seem like it wasn’t serious. After becoming very aggressive in demanding a biopsy, it was finally done. Three weeks later, I found myself with my mother by my side in front a doctor hearing the words, “You have vulvar cancer.”

Due to the doctor’s negligence, the cancer was far advanced and requiring invasive surgeries; which altered my physical womanhood forever, caused other lifelong issues and put me at risk for more. Since then, I’ve had 11 surgeries. After the first 2 surgeries in February and June of 2018, I was declared cancer free. But 5 months later the cancer returned. This called for another major surgery in December 2018, which took almost 9 hours. I’ve lost my entire outer anatomy during that surgery therefore this procedure included major reconstruction.

Since then I’ve had several more biopsies, recurrences, and surgeries. Sadly, the cancer returned again and has spread to my right inguinal lymph nodes at this point. After 2 years of surgeries and trying to avoid further treatment, radiation and chemotherapy had now become necessary. So, on February 3, 2020, I’ve began 7 weeks of aggressive radiation and chemotherapy. I’ve spent more than half of those 7 weeks hospitalized due to severe side effects and neutropenia. Currently, I am waiting to find out if treatment has been successful and if I am finally in remission.

This all could’ve been avoided had the doctors listened to my pleas and if there was more for vulvar cancer awareness, as well as what to look out for. It’s assumed that out of the almost 7 years I’ve been symptomatic, cancer was present for at least 7 years prior to that. After what happened to me, I couldn’t sit still and be passive, which is why I chose to raise awareness, educate others, and became an advocate for change. Therefore, the Vulvar Cancer Awareness Forum was born. 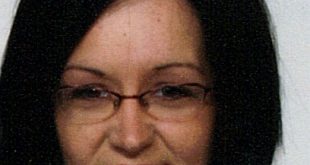 Women are without a doubt stronger than men. What do men have to worry about? …