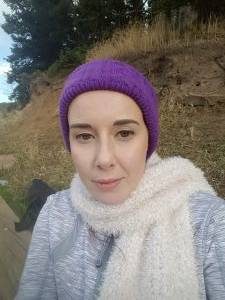 It all started innocently enough with a kidney infection. I had previously lost one kidney to severe infection at 17.

But this kidney infection would not respond to anything…. I went into sepsis.

Nothing was helping. Testing and investigation turned up that I had a primary immunodeficiency which was genetic.

We began treatments. I came very close to going into septic shock. We added more treatments, including interferon treatments.

My body began having wide spread symptoms: severe rashes, joint pain and swelling, autoimmune hepatitis, widespread severe inflammation that was damaging my heart, kidney, liver…. pancreatitis…. It went on and on, getting worse all the time. This went on for at least six months with a lot of head scratching. Finally one doctor perked up one day, got excited and said “I know what this is!”

And testing for lupus began, a referral to rheumatology was made. I was immediately diagnosed with severe systemic lupus erythematosus, discoid lupus and lupus nephitis which was greatly worsened by the interferon treatments I had been doing for months.

We began very aggressive treatments in an attempt to save what remained of my kidney. However, I have never experienced remission of any lupus and came very close to dying many, many times.

My autoimmune hepatitis was the only remission I have ever experienced. During a routine check, a mass was discovered on my ovary… then the world really began to crash on me.

It was ovarian cancer. But my immune system was so unpredictable and unreliable. Even simple skin biopsies would abscess and fester.

My body was weak and surgery would probably kill me they believed.

Finally in December 2017, it could wait no longer. We did a partial hysterectomy and they removed as much of the mass as they could and several surrounding lymph nodes. But they could not get all the cells.

During this surgery, they decided to take a bone biopsies to discover why I had so many blood cell & infection issues. December 27th 2017 I was diagnosed with acute myeloid leukemia. And all my treatments became devastating… I am never well.

I experience constant infections, colds, viruses, and recurrent pneumonia. Every single day has been a fight for three and a half years now. I never have good days anymore. My immune system seems nonexistent when it comes to catching EVERYTHING within a mile of me but, somehow, I continue to have lupus flaring despite that…. I wouldn’t wish what I go through and have gone through on the devil himself.

I am a living miracle, I shouldn’t still be here but God’s just not done with me yet. I have faith that there is a reason for all my struggles and I am humbled that my battle has helped many people in my life with their own faith.

I am blessed to have all the help and support I do. I hope to survive all this and use it to change perceptions of lupus, raise awareness & to give glory to God.