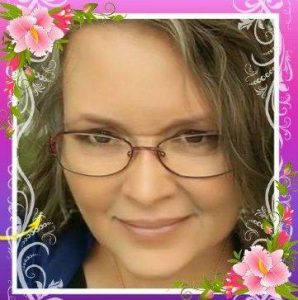 In 2012, my husband was diagnosed with acute kidney disease w/renal failure. He was driving a truck at the time, making 10-day trips from Texas to New Mexico. We would go to his nephrologist each time we came in off the truck.

On April 1, 2012, I started my period. I had been dealing with “the change” for 10 years, which included horrible, heavy periods. But this time, it was different. Because of his condition and the fact that we were on the truck, combined with assuming it was “the change” (hopefully the end of it all), I just continued on through July–still having a heavy period– with not ONE day off since April 1.

My husband tore a rotator cuff while we were on the truck, and as we were coming in for a layover, his truck broke down. At his doctor appointment, his nephrologist walked in, listened to Rick, checked him out, and sat down across from us. He kept looking at me and said, “Rick, if I didn’t know you were the patient, I would think I was here to see Margaret.”

The doctor got up, came over to where I was sitting and began to examine me. He checked my eyes and said, “Honey, I’m not trying to scare you, but something is wrong. I want you in my office in the morning at 9 a.m.” We explained that I was going through “the change”, but he insisted on seeing me. So the next morning, off we went — a 45-minute drive (one way). Dr. Tobin did a complete workup including a blood draw.

That afternoon, we were resting at the house, and my phone rang. Dr Tobin said, “Margaret, when my patients have a blood level of less than 9, I have them go to the hospital and receive blood. Yours is at 5. You will be at the hospital in the morning at 7 a.m.”

I went to the hospital and received two units of blood. While waiting for it to finish, the director of nurses came into my room and was talking with me. She asked me why my blood was so low. I told her about the periods and the “change”. She asked if I had seen my GYN. I told her no, because I had no insurance, and the girl at the desk would not let me talk with him (I had been his fifth patient many years before when he first came to town. He delivered both my kids and all my grandkids. Even he said that we were “family.”).

Forty-five minutes later, my GYN walked into my hospital room. He wanted to know what was wrong and why I had not come to see him. I told him about the periods, the change, and the girl at the desk. He simply shook his head and said that he wanted me in the hospital the next morning for a D&C.

A week later, I was called to his office for the path report. It was uterine cancer.

I was sent to MD Anderson in Houston, Texas. There were many more tests and interviews.

Finally, on Sep 28, 2012, I had a radical hysterectomy. When the pathology report came back, it was stage 1 uterine cancer, only in the uterus (almost unheard of according to my oncologist), but it was graded at 2–the most aggressive form of uterine cancer.

I was told by both my oncologist and GYN that had it not been caught, I would have had about 6 months of life left – and it would have been an excruciating death of pain.

When I was diagnosed with cancer, I promised my husband, my children and my grandchildren, that I would NOT give up. I told them that I would fight with all that was within me – and if cancer took my life it would be after I had beat the crap out of it! I had cancer … but cancer did not have me!

When the final pathology report came back, my oncologist said that the cancer had been contained and caught early enough; there would be no need for chemo or radiation.

The only lingering effect would be that since I had such radical surgery and had lost over 12 pints of blood, my legs would not have the blood return to what is considered “normal.”

“Normal” blood return is less than 5 seconds from the heart to the toes and back to the heart. Mine is now around 20-30 seconds, which causes my feet and legs to swell and turn a darker color. As long as I continue to move about, he said that it was something I would learn to live with.

No guarantees of life.

Two and a half years later, I lost my husband–he died on a Thursday morning when his heart simply stopped. His numbers were all excellent. Two weeks before, we had been told that his heart was as strong as an 18-year-old in perfect health. One breath–and my hand on his chest–and he was gone. I have struggled greatly wondering why I survived cancer, and he didn’t survive this one heartbeat. I have no answers.

So now, 6 years a cancer survivor … and 4 years a widow. Life goes on. Even when we don’t want it to.

I continue to fight like a girl 🙂 – because I made another promise to my husband as I looked at him for the last time that morning in the rain, “I will be your widow and one that you will be proud enough of to say, ” You done good, girl.” I also made a promise to my kids and grandkids that I would NOT give in to the grief that threatens– even today– to consume me.

Yes, I fight like a girl … every moment of every day & night. I will continue to until I have no more heartbeat in me.

I love you, Rick. Always and forever, your Megan Lee.