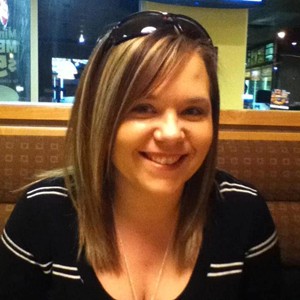 I’ve been fighting like a girl since birth due to congenital heart defects. I want to share my story to hopefully encourage and inspire others. I was born in October of 1979. I was deemed healthy and sent home from the hospital. When I was only five days old, my parents noticed my breathing wasn’t quite right, so they rushed me to the ER. Without saying a word to my parents, the doctor snatched me from my dad’s arms and ran down the hall yelling “code blue!” It turns out that my aorta was pinched in two and I had a dime-size hole in my heart. My parents were told that an experimental drug could be administered to keep me alive long enough to fly me to UVA Medical Center in Charlottesville, VA for open heart surgery. However, 50% of the time the drug worked and 50% of the time it killed the baby instantly. Left with no other options, my parents gave the doctors permission and prayed for the best. Thus begins my journey.

I had my first open heart surgery when I was only seven days old, a coarctation of the aorta. Basically, the surgeon stripped the vein out of my left arm and patched/replaced my aorta with it. A band was also placed on my pulmonary artery to prevent blood from backing up into my lungs (due to the hole in my heart). When I was three years old, a second open heart surgery was performed in order for the band on my pulmonary artery to be removed. My parents were advised that I would need surgery every two to three years because the vein that replaced my aorta would not grow to be as big as my aorta.

However, I did not need surgery again until I was 18 years old. My childhood was a very normal one. None of the kids at school really knew about my history and I hid my scars well. The cardiologist from UVA told my parents not to restrict me from doing anything. I played minor league baseball when I was eight years old, I rode dirt bikes, and 4-wheelers with my cousins, and did anything else a typical kid would do. I started playing in a womens softball league when I was 14 years old, and played up until my third surgery. Prior to the third surgery, I noticed that I would get short of breath easily and I was tired the majority of the time. I assumed I was just a little out of shape. I actually had to sit down after chasing three fly balls in the outfield during my softball game the week before my surgery. The cardiologist at UVA had mentioned that I had some scar tissue build up in my pulmonary artery and decided to perform angioplasty. The procedure went well, but while I was in recovery, the doctors came to speak to my parents in the waiting room. They asked my parents if I had been passing out or blacking out. The doctors were shocked to learn that I had been playing softball. Alarmed by their questioning, my dad asked them what was going on. It was then that my parents learned that my pulmonary artery (PA) had so much scar tissue on it that it only had a 6 mm hole for blood to pass through (the normal PA having a 14 mm hole). They also learned that a bubble had formed on the PA and could have “popped” at any time.

During the procedure, the surgeon also discovered that the right pulmonary artery was only half the size it was supposed to be. It was 7 mm and should have been 14 mm. The surgeon explained to my parents that I shouldn’t have been able to walk without passing out! My parents asked my cardiologist a question that had been burning in their mind for years; did they actually expect me to live this long? My cardiologist dropped her head and replied, “we did what we had to do to keep her alive when she was a baby. We were hoping technology would catch up.” My parents were floored! They had no idea that something else could happen down the road. They had just always assumed that I was healthy because I was never placed under restrictions. I was released from the hospital the very next day. The following week, I returned to work only five days after the angioplasty, I practiced with my softball team on the sixth  day post-surgery, and then I played my normal position as left-fielder the next evening (seven days post-surgery).

Six months later, we returned to UVA and a stent was placed in my right pulmonary artery. Three days post-surgery, I began my second semester of college, sophomore year. After that, my life resumed to normal. I married my high school sweetheart, landed a job with a law firm, played softball, and so on. In 2006, I had a follow-up MRI and was yet again reminded of my heart history. I met with my cardiologist and she advised that my ascending aorta was enlarging and the enlarged portion was approximately 4 cm. When she used the term “aneurysm” my world came crashing down. She stated that it was normal for that to happen given my history. Normal!? Maybe for her, but not for me. I was devastated. I was even more devastated to learn that no one would touch it until it grew to 5 cm or larger.

Although I was distraught, I knew that God had a plan and I was determined not to be discouraged. Two years later, I began having issues with my left arm getting weaker and hurting. After some testing, it was determined that I had lack of blood flow to my arm due to the very first open heart surgery. The physicians at UVA performed a bypass of the carotid and subclavian arteries to allow blood flow to my left arm. I was off work only three and a half weeks. Every year since, my follow-up appointments had resulted in good reports and things were fine. In 2012 I had another follow-up MRI at UVA. Unfortunately, my cardiologist, who has treated me since birth, never called to discuss the report with me. Frustrated and wanting to know the results, I requested the report and reviewed it myself. There were several things on the report that I wanted to have clarified. I left several messages for my cardiologist to return my call and she never did. As a last resort, I obtained a referral to another cardiologist in Kentucky. The new cardiologist reviewed my history and the latest MRI report and referred me to a thoracic surgeon from Lexington, KY. The surgeon did confirm my fears, that I do have a second aneurysm forming and my bypass is failing. He advised that the original aneurysm is on my aortic root, which is located right outside the valve. The second aneurysm is on the back side of my aorta and although it is smaller than the original one, it is present and will need to be watched.

As far as the failing bypass, he did not recommend surgery at this time. He advised that due to my history, my chances of having stroke during surgery are 1 in 100. He said that unless the pain in my arm becomes unbearable or my arm begins swelling and turning blue, he doesn’t recommend correcting it through surgery. I am continuing treatment with the new cardiologist who evaluates my condition every six months. He refers to me as a miracle and he couldn’t be more right! God has been so good to me through the years. Yes, I have been through a lot and I’m not “out of the woods” yet but His plan is bigger than I can imagine. I’ve learned to accept everything that’s happened and give God the glory for my normal, happy life. My husband and I will be married 13 years this year, I am only taking an Aspirin a day and no other medications (that’s a miracle in itself), I am still employed as a paralegal with the same law firm, I am able to exercise, I have my own motorcycle and my husband and I ride every chance we get..I could go on and on! I may fight like a girl but I couldn’t do it without God, my amazing family, and friends by my side!