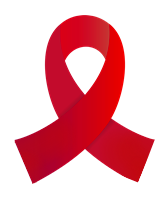 My fight like a girl is a lot different than some of the other stories that you have posted. Mine started in my early teens. My periods would be horrible. I would bleed for weeks and weeks, and then maybe not bleed for a week, and then bleed for several months. I wasn’t having any pain, no cramps, like the other girls talked about, no mood changes, so I thought this was just normal for me. I wasn’t close enough to my mother to talk about these things t0 her.

Finally when I was 23, it started to affect me. I was anemic and passing out fairly often. My small town finally got a gynecologist, and I went to see him. He was shocked at how anemic I was and what my blood samples were telling him. He put me in the hospital that night for blood and fluids. They ran more tests and determined that I needed a complete hysterectomy. I was devastated of course. At 23 I wasn’t burning with the urge to have kids, but I wanted to have the option. When I went into surgery, I told the doctor that if a complete hysterectomy was needed, that I wanted to be woken up and to be the one to make the decision. Knowing that he couldn’t do that, he agreed to it anyway. A surgeon that had operated on my dad several times had been in the operating room for my surgery. He went out and told my family that a complete hysterectomy was needed, the cells on my cervix looked to be precancerous. The decision was made to do the complete hysterectomy.

I dealt with hot flashes, mood swings, and extra hair growing on my face, like any woman going though menopause. But I eventually got used to them all, and moved on with my life. There were several men that came in and out of my life, but couldn’t deal with the fact that if they stayed with me, they would never be able to have kids of their own. I lost a lot of my self worth and self esteem and stopped looking for relationships, just one night stands. No man wants to talk about a future with kids with someone they just picked up in a bar.

In 2000, I moved to Memphis and started my life over. I had most of my self worth back and had a good job that I enjoyed. I started having stomach aches and gut pains. I thought it was just a bug, I went to a local clinic so I could get a doctors note for missing work. My white count was very high and they could hear something in my gut, so they sent me to the hospital. After a CT scan, I was admitted with a bowel obstruction. I stayed in the hospital for four days. They thought they had it untwisted and that I was okay to go home and return to work in a few days. On the fourth day home, I was in excruciating pain and knew something was going on. I went back to the hospital and had another CT done. Now my bowel was perforated, twisted and abscessed. I was going to need surgery this time.

On the day of the surgery I was joking around with the surgeon and asked him to take a little extra off the middle and give me a bathing suit body. He just looked at me and said “I’m just trying to save your life,” and never cracked a grin. What? I didn’t realize that not saving my life was an option. I went into surgery in near panic and was so until they gave me the strawberry gas to make it all go away. When I came out of surgery, the doctor told me and my family that he was able to get all the twisted intestines out as well as a peach sized abscess. He removed 18 inches of my large intestine and 12 of my small intestine.

The recuperation on this surgery was worse than before, my incision went from just below my sternum to the top of my bikini line. You don’t realize how often you use those muscles until you hurt every time you use them. I lived in a second floor apartment and I dreaded leaving the house for anything. But finally things got back to normal again.

I started dating the man that would become my husband and things were going real well. I should have seen the signs, but who wants to spend their time thinking about the next thing that is going to come.

I got a sore on my foot that would not heal and I was concerned about it. Above all else, I am an insulin dependent type 2 diabetic. I went to my doctor and he was not really concerned with the sore, he said it was athletes foot and gave me some medicine for it. His real concern was the decreased blood flow in my legs and feet, so he sent me to a cardiologist.

They ran all the tests for the cardiologist, blood work, ultra sound, Doppler and a stress test. They found I have peripheral artery disease and would need to run a heart catheterization. Well on two Tuesdays in a row, I had stents put in my heart and also in my femoral artery. All was well again.

Two years later things were rocking and rolling along nicely. I married the man of my dreams and we were starting out life together. My feet and legs started bothering me again, the left one more than the right since it didn’t have a stent in it. I was just so tired of the pain, and some of the medications that I was taking were making me loopy and crazy. I went to the doctor and my blood sugar was 560. That alone caused a panic, but when the nurse asked me if I had been taking my insulin, I told her that I was saving some of it in case it got to be too much and I just wanted to end it all.

Fast forward a week when I was released to go back to work, I was advised that there was a HR investigation on me and that I was not to discuss it with anyone. I worked three days, and was then suspended and fired the next day. I had worked for the company for over 12 years and was officially fired for things I said in October (it was then February).

My hubby was thrilled. He wanted me to quit the job since we’d gotten married, just because of the toxic atmosphere. I went the next week for an MRI so my primary care doctor could check on something he was concerned with on my adrenal gland. My insurance had been cancelled the day I was fired, never mind prepaying insurance, it was still legal for them to cancel it. Finally I got all the insurance straightened out and got the MRI done. They found a 5×4 pheochromocytoma on my left adrenal gland. A pheo is a mass that usually, but not always, grows on the adrenal gland and can secrete it’s own hormones. Some of the symptoms are anxiety and the fight or flight reflex. They took biopsies to confirm, and to send to a qualified doctor, since this is only diagnosed in less than 800 patients a year.

In the mean time, I had another heart catheterization the next week to look at my legs. My left femoral is 100% blocked but my body has created it’s own bypasses to get some blood to the foot and lower leg, but not enough. So now we had to add a cardiovascular surgeon to mix. He looks at all the tests that were run and says, “Yes, you need surgery next week to get this fixed.” The day before the tests some problems came up and the surgery had to be put off until we could get my kidneys looked at.

We had the surgery for the pheochromocytoma in the mean time. Everything with the surgery was a breeze, but I had a hard time with the recovery. My diabetes went crazy and I was throwing up all the time. The doctors were able to get all of the side affects fixed and I was okay. The only scars I had were from the laparoscopic procedure.

A couple of months later, my husband was noticing very odd behavior in me. I would fall asleep during the middle of a conversation, fall asleep standing up, I had lost bladder control in my sleep. I would go places and not remember going, or go somewhere and not remember how I got there. I was very unsteady on my feet, and I would fall often. We went back to my primary care doctor and my husband thought that I was taking too many of my medications and might need to be entered into a rehab center. The doctor did the standard follow my pen, touch my fingers, stand on one foot test and told my hubby that I needed an MRI because there was something going on inside my head.

That MRI showed that my chiari malformation has grown significantly in a couple of years and now I needed to go see a neurosurgeon. Went to see the neurosurgeon and he advised that the chiari and syrinx had grown from my C2 vertebrae down to the C7. This surgery would require them to open my neck and do a craniectomy to decompress the fluid buildup on my brain and spinal cord. Without the surgery, it would affect the brain stem and I could be brain dead or paralyzed.

After discussion with all the doctors involved, it was decided to do the craniectomy first since it could cause the most damage. I had a rough time with this surgery and recovery. My oxygen level went down to 40 in the ICU and they had to give me something to bring me off all the anesthesia so they could get me to breath deep enough to raise my oxygen level. It was a very painful recovery. Even when I was in a regular room, I could not raise my head more than 30 degrees for 4 days. Some of the medicine they had me on made me crazy, and I had very vivid dreams. I would get out of my bed and wander the halls before I was supposed to get out of bed. I ripped out all of my IV’s and my catheter. I also figured out how to turn off the bed alarms. I was not a good patient in the hospital, or when my hubby took me home to take care of me.

I still haven’t had the operation to open the femoral artery on my left leg. I had to move to my mothers to help take care of her, after a series of strokes, and it has just fallen to the wayside for now. My feet and legs cramp and hurt nearly constantly, but every morning when I swing my legs out of bed they hit the floor.

There is not just one illness in here: diabetes, hysterectomy, heart disease, peripheral heart disease, pheochromocytoma and chiari malformation. But thanks for listening to my rant.