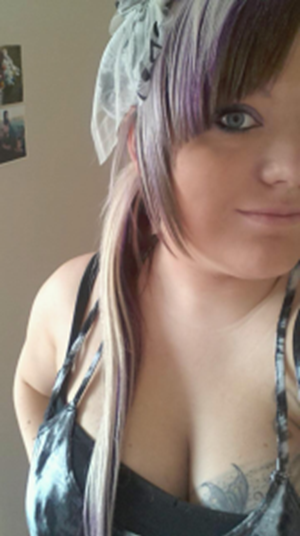 This is my story. It’s hard to find the right words to sum up my experience but I’ll give it ago.

Exactly when it started I am unsure, but I suppose you could say it all began when I was in high school. I was unmotivated, unfocused, and at times very hard to be around. I was forgetful, often with the temper of a child with ADHD.

Over the years as I got older, I was in and out of hospital with crippling migraines (including vomiting, confusion, dizziness and photophobia). All was put down to my eye sight and stress. I left school half way through year 11 due to the migraines and stress. I became very tired and unmotivated, causing the doctors to diagnose me with severe depression. I found it hard to get out of bed each day and was on a heavy amount of prescription drugs. Not knowing what was wrong with me I felt like every one gave up.

In late 2010, I moved to the Gold Coast from Port Macquarie searching for recovery of my illness. However, many of my issues became much worse. This included rapid weight gain and lactation – which the doctors put down to the contraceptive pill when they couldn’t find any hormonal imbalance. The migraines were becoming increasingly consistent, until one evening in early 2011 when I woke up in hospital after going for a walk. Apparently I had taken a fit on the pathway of a main road. I expressed my frustration to the radiologist during the MRI, who even before seeing my scans, suspected a brain tumor.

The scans found a large tumor in the 3/4 left half of my brain. I had a large amount of swelling around the tissue of my brain and was then classed as critical and put in the high dependency unit at South Port Hospital. They proceeded to do a biopsy on my brain, and test results come back that the tumor was malignant – which means I was diagnosed with cancer of the brain. In the shock of this diagnosis, hours later I discharged myself from hospital. I lasted a day before then being rushed to Brisbane Hospital. Doctors were worried that the swelling in my brain was becoming life threatening, and I was drifting in and out of consciousness. I went into surgery right away to remove the tumor. I remember when I awoke hours later I felt like I had been ran over by a train! I was then treated with chemotherapy and radiotherapy to remove any more cancer cells. I lost most of my hair growth, including my eye brows, and had a rapid weight gain (45 kg to 73 kg). I was upset about my appearance, however I felt stronger than ever! I was in the clear for five months before the tumor partly came back and I needed to have one more lot of radiotherapy. It is now 2013, and I am 22. I work full time and have most my hair back. Unfortunately, my eye brows did not fully grow back, and sometimes my scar hurts. These things just remind me of how strong I can be. I am now stronger than ever, and am down to 61 kg.

I am only left with two secrets: I wear hair exertions and have my eye brows cosmetically tattooed on! Although these things don’t worry me at all now as I know I have been given a second chance in life… and looking at me you could never tell I survived brain cancer!!!

Thank you to my friend’s and family that supported my battle. I had my last scan five weeks ago and I’m still all clear!!! I hope I can bring strength to others that have gone or are going through the same thing.

Fight like a girl – woman we can do anything 🙂