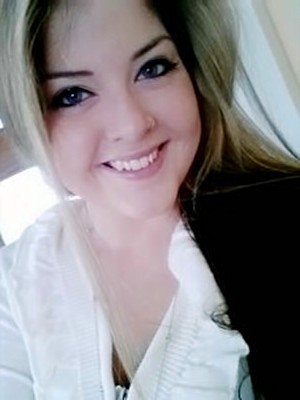 Hi, my name is Tonya Valleau, I’m 21 and was diagnosed with SMA syndrome earlier this year. I’d like to share my journey with you all. Around mid August of 2012 marked the very first time I started getting sick. It was initially a morning sickness, feeling extremely nauseous once I started moving around in the mornings and often times I would vomit. I also had discomfort when passing bowel movements (gross, I know). The nausea would go away within a few hours and I’d feel completely fine for the remainder of the day. This lasted for about two weeks. I quickly ruled out the possibility of pregnancy, knowing ‘morning sickness’ was not the cause. Since it only lasted for a few hours daily I was able to ignore it and continue on with my day for the most part. I assumed it was a stomach bug and it would pass. It didn’t. It eventually got worse, my nausea and vomiting turned into an all day thing. It was a quick switch. I woke up one day and just could not stop vomiting. The severity of my nausea progressed very rapidly at that point. I was unable to keep food or liquid down, I was getting sick roughly every 15 minutes to half hour .

I went to the emergency room where I was immediately hooked up to IV fluids (I was severely dehydrated at that point) along with anti-nausea and pain medication. The IV fluids and medication brought me back to life pretty quickly. I felt a LOT better. They did a urine sample and blood work but they found nothing out of the ordinary. The doctor asked me the basics, including whether I smoked street drugs or consumed alcohol. I responded honestly that I did from time to time. He then jumped on the topic of cyclic vomiting syndrome (CVS), an evident condition in frequent marijuana users. He also suggested that I might be experiencing irritable bowel syndrome. I originally thought this could be it. I went home for the night feeling so rejuvenated from the IV fluids that I thought I was all better. I woke up the next morning and the nausea and vomiting returned again. I drank as much fluids as I could but they just wouldn’t stay down. Within a day or two I was back in the emergency room being hooked up to an IV again. This went on for about a week, where I needed to go to the hospital on a daily or every other day basis to get “my fix.”

The doctor became convinced I had a bad case of CVS and I believed him. I had stopped smoking since my very first visit, I wanted to take all precautions. The nausea and vomiting persisted and I quickly began to think that there as something more going on. I did my research and things just weren’t adding up. My weight started plummeting naturally, as I couldn’t consume any food or liquids. The hospital omitted me after about three weeks because I was getting too weak and dehydrated. I’m about five feet, seven inches, and I had an original healthy weight of 135-140 pounds. After about a month of being sick I weighed in at around 115-120 pounds. I stayed in the hospital for about two weeks where they did testing on my stomach, bowels, and liver (x-rays, ultrasounds, CT scan, blood work, etc). Again, everything was appearing to be normal when clearly it wasn’t! Even my white blood cell count was normal, indicating that my body wasn’t recognizing any threats. This was certainly odd, as it ruled out the possibility of a virus/viral infection. They couldn’t find anything, they were honestly stumped. They even considered a brain tumor as a possibility at that point (not fun to hear).

After being on fluids for two whole weeks and slowly getting back to eating solid food I was released in mid October. I’m a student and was supposed to be in my second year of university at that time, but having been sick for so long I had no choice but to withdraw. It took me a while to get back in the motions of things, but eventually I did. I was putting on some weight, feeling a lot better, spending time with friends and family, and even started working. But the problems started to occur again.

Around mid to late November I was noticing discomfort/pain after I ate or whenever I passed bowel movements. This all lasted until January, some days I’d be more or less affected. I still ignorantly assumed I was healthy enough to return to school (I was extremely anxious to get back to my studies). So I did and I moved back to Oshawa. The discomfort and pain kept getting worse and I was eventually vomiting again. Back in the hospital I went. This time I recovered relatively quickly but I decided it was best to leave school and focus on my health (it was interfering way too much). So I moved home, relaxing for weeks before attempting to return to work or do anything. I met with my family doctor a few times and scheduled a meeting with the doctor who completed most of my procedures while I was in the hospital, letting him know I was still experiencing problems. Upon this meeting he told me the biopsy from my bowels/intestine revealed colitis. He also wanted to test me for celiac disease, common with the type of colitis they had discovered.

My symptoms aligned so it seemed like we were on the right track. I was thinking, “Okay great! I’m getting some answers finally, this is good.” Within a week after our meeting I started experiencing the morning sickness again (beginning of February). At this point I was just exhausted, angry, and simply annoyed (feeling every negative emotion in the books). I did the blood test for celiac but it would be two weeks before my results would get back. During the wait I got more and more ill, until the severe vomiting returned full force. I had adjusted my diet to eating gluten free, as I was convinced I had celiac disease and we had cracked the case (my symptoms were so bang on), but I was still getting sick! This episode was different, the pain in my stomach were much less tolerable and I was dropping weight quickly. I started going to emergency for my “daily fix” but it just wasn’t enough anymore. I was getting worse and so was the pain. It got to the point where the pain was bothering me more than the nausea and vomiting. My weight dropped to 110 pounds, which is quite small for my height. I was again omitted with severe dehydration along with malnutrition.

That day I became aware that my celiac test returned negative. This was discouraging as I had practically given up all hope. I did another scope, MRI scan, and Barium test, which FINALLY determined something. I was diagnosed that day with SMA syndrome, a very rare and life threatening gastro intestinal disorder. Since then, I’ve been treated with intense pain killers and anti-nausea medication (morphine and zophran), as well as a list of digestive aids and anxiety/sleep medications. I gradually improved as the strong medication kept the nausea and pain at bay long enough to consume small amounts of food and drink. I also follow the proper post eating routine of lying in the fetal position for at least 30 minutes after eating anything. So far the doctors and nutritionists have monitored me and tried to fatten me up with the hopes that I will improve (a certain fat pocket has a major roll in this disorder). I have been omitted to the hospital on three other occasions this past year (for up to a month duration) and have had to get a nasal feeding tube to attempt to put weight on me quicker (I’d rather not go in to detail about this particular experience because it was the worst thing I have ever experienced in my life). Since roughly June of this year I’ve been managing my illness to some degree and trying to stay on a consistent eating pattern /routine (I find staying away from red meat and keeping my portion sizes very small helps me). It’s been hard for me to manage a job because my illness since is so demanding. I’m slowly figuring this whole thing out and still trying to find what works for me to keep me healthy and out of the hospital. Although I am positive things will improve for me I have my doubts. I had to take another year off school (it’s been very hard to walk away from my degree and sit back as my friends and peers are doing their thing). It is now November of 2013, I still experience morning nausea and pain. I was just in the hospital again last week hooked up to IV and medication. I’m currently at my lowest weight of 100-105. My weight is starting to scare me. If I continue to get sick there’s likely a chance that I will require another feeding tube (this one would be through my stomach). I meet with my doctor tomorrow to discuss my options at this point. It’s extremely frustrating but all I can try to be is positive, with hopes that my story will help others. Thank you for listening.