The Heppers (Not to be confused with Lepers)

Anyone who has a form of Hepatitis knows what I mean. As soon as you say you have Hepatitis, some people take a few steps away.  Though it is very common, and most people actually probably know someone with one form of it or another – whether they know it or not.

Lets break it down to the basics. Hepatitis (Hepa – liver, titis – inflammation) Just like Laryngitis means inflammation of the Larynx… and so on. To me, once you simplify it like that, I don’t see how people can be so judgmental still, but you’d be surprised.

You then have you “types” of Hepatitis. First, lets talk about Autoimmune Hepatitis. It is unique because unlike most the other forms, it is NOT a virus, which means, it is NOT contagious. It is found more often in women then in men, and is usually diagnosed in childhood or young adults. Autoimmune Hepatitis is a chronic and progressive disease where the body attacks its own liver causing inflammation and liver cell death, and if left untreated will almost always will result in a liver transplant. Although those who do not respond to treatment, and even those who do, may still develop End-Stage-Liver-Disease and will require a transplant.  Though there is no way to prevent this form of Hepatitis, early detection through blood tests and risk factors (such as Ulcerative Colitis, Thyroiditis, and other autoimmune diseases in yourself or family members) can change the outcome of the disease.

Hepatitis A Virus – Is the easiest of the Hepatitis viruses to catch. It can be caught by drinking unsanitary water, usually in third world countries. It can be caused by eating shellfish, and most commonly, it can be spread by improper sanitary conditions and hand washing. Though you can not become infected just by coming in contact with someone with the Hepatitis A Virus (HAV), it is contagious through fecal matter, so if someone infected uses the restroom , or changes a diaper of an infected child, and then does not properly clean their hands any thing they touch can infect another person, for it stay alive outside the body for several hours. Unlike all other forms of Hepatitis, HAV does not result in chronic (long lasting) liver damage, and resolves itself in a matter of a few months to a year. Also, once exposed to HAV, your body develops anti-bodies, so that you can not catch it again. There is also a vaccine for hepatitis A, so if you plan on traveling outside of the country, you may want to consider it. (More on HAV, here)

Hepatitis B – Unlike Hepatitis A, Hepatitis B has 2 forms, chronic, which lasts longer then 6 months and may never go away, and acute, which lasts up to 6 months and does not return. Only 5 to 10% of patients with HBV will advance to chronic HBV, but children are less likely to be able to fight the virus on their own. Hepatitis B is the most common of liver diseases, but because of the vaccine for it, the number of infected patients drops astoundingly each year.Hepatitis B is also not as contagious as the Hepatitis A virus. In other words, you can not catch it by shaking someones hand, hugging, or in casual situations. It is a blood-borne virus, most common by having a blood transfusion, mother to child transmission, working in the health profession with tainted blood, drug use,  and sex (Yes, there are small amounts of the virus found in semen) Acute HBV does not require medical treatments, and usually resolves on its own within a few months.  Those who do advance to chronic HBV should see their doctor regularly, stop alcohol/ drug use, and may consider treatment so that End-Stage-Liver-Disease does not occur resulting in a liver transplant.  (More info on HBV found here) 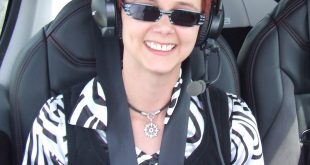