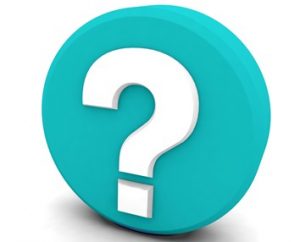 Ovarian cysts aren’t uncommon in women. The most common type of cyst on the ovary is called a functional cyst. This type of cyst basically consists of a collection of fluid inside the ovary. These cysts are benign, but many women fear that having an ovarian cyst increases the risk of ovarian cancer. Is this true?

What Causes an Ovarian Cyst?

Functional ovarian cysts form during the menstrual cycle. Normally, when an egg is released during ovulation, it’s surrounded by a protective follicle. As it’s released the fluid ruptures. If it fails to rupture as a result of a hormonal imbalance, the follicle swells with fluid and forms a smooth sac called a cyst. These cysts can become several inches in diameter in some cases. This isn’t the only type of ovarian cyst, but it’s the one doctors see most often in pre-menopausal women. Post-menopausal women get ovarian cysts too – with almost 15% of women having one at some point after the age of fifty.

Does Having an Ovarian Cyst Increase the Risk of Ovarian Cancer?

In a study published in the American Journal of Obstetrics and Gynecology, researchers looked at the incidence of ovarian cysts in 15,000 women between the ages of 55 and 74 who participated in a cancer screening trial. They found simple cysts in 14 percent of these women, which is not surprising considering simple cysts are so common in women going through menopause.

The Risk of Ovarian Cancer and Simple Cysts: What Does This Mean?

A woman who has a simple cyst on her ovary needn’t be too worried about it progressing to cancer of the ovary. This is a rare occurrence. Most simple cysts either resolve or persist without undergoing a malignant change. A small percentage do progress to complex ovarian cysts, which should be surgically explored to rule out cancer. Most doctors recommend following simple ovarian cysts in women at low risk for ovarian cancer. In women at high risk, most doctors recommend surgery even for simple cysts – to be safe.

A simple ovarian cyst is usually followed with transvaginal ultrasounds every three to six months and by checking levels of a tumor marker called CA-125. If levels of this marker are elevated, it can indicate ovarian cancer.

Having an Ovarian Cyst and the Risk of Ovarian Cancer: The Bottom Line?

Share
Previous Lymphoma? What’s That?
Next The Heppers (Not to be confused with Lepers)

Hello, my name is Kim. I am a wife, mom, granny, daughter, sister, auntie, and …