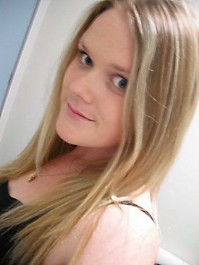 My journey started when I was 9 years old, my first ever period. I hardly knew what periods were so I assumed the immense bleeding and pain were all normal. My mother watched me over time, taking days off school, crying, unable to move due to blood flow etc. She knew it wasn’t right, so after about a year she took me to my local doctor. For the next year or so I heard, “she’s getting use to it, having her period
so young”. I was about 11/12 when they decided to try me on numerous Birth Control Pills, nothing worked. So at around 14 I was sent to my first gynecologist, who tried one more BCP before placing me on the Depo provera Shot. I was on this for three years, many hiccups during this time but I did have one pain free year! In the end, I was having the shot every 1 to 1 ½ months, then my bone density dropped. I was immediately taken off it. One more trial of the birth control pill and I stopped having hope I would never know what was going on.

The words “Endometriosis” and “Adenomyosis” were thrown around – along with “having surgery won’t fix these issues though” and “she’s too young”. Maybe I was, maybe they wouldn’t help, but I was willing to try, I begged to try! I was 18 with no idea where I was going with my health.

I moved out of home in the year of 2009 – off to University to become a primary school teacher. I begged every month for my mum to let me have a hysterectomy so my pain would go away. Realistically, no doctor would even think of it, but I was willing to do anything. The end of 2009 I moved to the States where my boyfriend and his family are from and currently live also. Unable to watch the pain I endured monthly, he went in search of the best doctor out there. He did not disappoint, finding a Professor!

He advised me to seek a local Gynecologist and start from there (I went to the top without working my way up to him). So I did, I found one close to home and had my first Laparoscopy in February 2010 – my diagnosis was endometriosis, stage 1 (minimal). I had it lasered off through surgery and was then placed on progesterone pills. They did not work. My Gynecologist honestly told me he had no idea how to help, so I went back to my Professor who sent me to one of his specialist doctors. I had my 2nd Laparoscopy in July of 2010 – more Endometriosis was found – more extensively this time – and it was excised. My pain did not cease and it was evident that hormones would not work. Unsure of what to do and my pain rapidly increasing I had my 3rd surgery in January 2011, adhesions, a cyst removed from my right femoral artery and you guessed it – more extensive Endometriosis. My pictures astound me and, honestly, make me emotional.

So where am I now? I’m currently 20 years old. My previous doctor (who did surgery 2 and 3) has given up on me. My newfound and God-send doctor is going to do my 4th surgery in 14 months on April 6th, 2011. He believes there’s a lot more going on than I am aware of or that was ever known about. It truly is one day at a time with a disease so unpredictable and rampid like this. It will be 12 years this year and I’m only just coming to terms with what this disease does, what it means, and what it takes. It’s shown me my true friends and family. It’s taken my “younger years” from me. It’s important to never give up though – there is an end to the road and there is a light at the end of the tunnel. We will find a cure, together!

I’m so glad my parents and my boyfriend stand strong beside me. I can’t even begin to think how this makes them feel. I’ll fight, if not for me, for them. More than you hurts in this journey, the ones you love hurt too.

My dream: to find a cure in my lifetime.

I hope it’s your dream too.