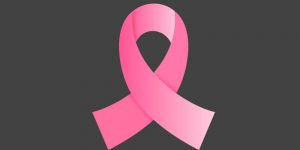 When I was 27, I was watching an episode of The Oprah Winfrey Show. They were showing how to do a self-breast exam so I did one, and found a lump. But I was only 27, no one gets cancer at 27.

Two months went by and I finally asked my boyfriend to “feel it” and see what he thought. He agreed that it was “something,” so I called and made an appointment for a mammogram. Since the test was not ordered by a doctor my appointment was canceled. I basically freaked out with the nurse so she did a quick exam. She immediately sent me downstairs to see the doctor in the women’s clinic. This doctor was very nice and did another exam. She felt four possible bumps and sent me upstairs for a mammogram. She called me back into her office the next day and set-up a biopsy and breast MRI. I had stage two breast cancer; I was only 27. I underwent a lumpectomy, chemo, radiation, and told to take Tamoxifen for five years.

I got married to that boyfriend a year after treatment. I will never forget (or forgive) the nurse that warned me that he would leave during treatment. She said that most men leave their significant other while going through breast cancer. Unfortunately, statistics show that is true, but that is not what happened to me. We had a beautiful wedding and are still married.

The chemotherapy and Tamoxifen sent me into medical menopause. The side effects were horrible while on Tamoxifen. I suffered through it for three years but stopped taking it. Eventually, I got my periods back, but very painful ones. Eight years after cancer treatment I had my son: He truly was a miracle.

Shortly after my son’s 1st birthday, I was told that I had cancer again: Stage 0 in my right and stage 2 in my left breast. The cancer in the left breast was in the scar tissue of the lumpectomy and it did not even show up on the MRI. I opted for a double mastectomy. A test for BRCA gene mutation revealed I would need to have my ovaries removed.  After 3 surgeries, I started chemotherapy. Between the chemo and the Neulasta® shots, I suffered painful nerve and joint pain in my legs. Some days I could barely walk. I wasn’t vomiting or having any of the other typical side effects; just extreme nerve and bone pain. The doctor had me stop the chemotherapy and put me on Arimidex, but that increased my leg pain so I switched to Femara®.

When my son was seven, I found another lump in the scar tissue of my left breast. My doctor did not feel it and told me to come back in 6 months. Six months later, she still felt that it was just scar tissue but sent me to my surgeon to get a biopsy. He knew as soon as he felt it. Sure enough, it was cancer for the third time. After seeing several doctors, they decided that radiation would be best. I had double radiation which meant I would get treatment twice a day. It was inconvenient but wasn’t horrible until the end. I had deep radiation burns that left ugly scars.  A new medication, Aromasin(R) was prescribed. The joint pain and mood swings were horrible with this estrogen blocker. I have not found one that I have been able to stay on.

Three years later, I found another lump but this time in my right breast. An ultrasound showed that it was a cyst, but I knew it wasn’t. Four months later, it was finally removed and it indeed was cancer.  That led to more surgeries, radiation, and back on Tamoxifen. I will try to stay on the Tamoxifen this time, but if I do, I need to have a complete hysterectomy. Due to my BRCA gene mutation, there is an increased risk of uterine cancer.

At age 47, I have had cancer four times, ‘had countless biopsies, 11 surgeries, 12 rounds of chemo, 152 radiation treatments, and I’ve taken more types of estrogen receptor pills than I can remember. I once had a doctor tell me that they have no idea what the long-term effects of the chemotherapy that I received years ago would be; it wasn’t tested this far out into a lifespan. I’m told that treatments are over and not to think about cancer anymore; that the long-term side effects outweigh having cancer. I suppose that is true, but if they only knew the pain that it causes daily for most cancer patients. Sometimes, I feel like we are guinea pigs for the medical field. What does that commercial say, “The New Normal.”