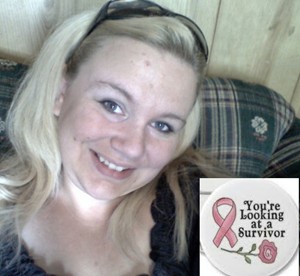 My story started in 2012, things were looking up for me and my family. I had just started a new job and was very excited about the opportunity. I was working at a nursing home and my youngest daughter was fixing to start school. I was diagnosed with PCOS (polycystic ovarian syndrome) at an early age so my cycles were never regular. My job required me to stand on my feet for ten hour shifts. On my second week of work, I began my cycle. I could tell right away this period was different, it started out really bad. Two weeks went by and it kept getting worse and more heavy, so I first went to the ER. Huge mistake! They just told me to make an appointment with my gynecologist, so the next day I made an appointment.

In the meantime, I was unable to keep my job because I became anemic from loosing so much blood. When I finally got to my gynecologist, he put me on progesterone to stop the bleeding and said that should take care if it, and if I was still bleeding in two weeks to call back. So I took the medicine and they caused really bad cramps and the bleeding was still very heavy. All this started in June and by this time it was now November. I called back to the gynecologist and they made another appointment for a couple more weeks away.

This time the doctor said we should have a uterine ablation done. Also a D&C and a hysteroscopy. Because I was only 29, he didn’t think I had cancer or anything, so he set the surgery for January. The surgery went fine. He took a biopsy afterwards and I went home later that day. In February, I had my post op visit to go over everything and I didn’t suspect to have anymore problems.

When he came in the room I knew something was wrong and he began to tell me my biopsy came back and I had cancer. He said he was shocked and had the lab tech run it a second time to be sure and it came back the same. He told me since he had done the uterine ablation what cancer I have is now hidden and he wants to send me to the best gynecologist oncologist in the area. I asked him about what kind of cancer it was and how bad it was. I was told I have uterine cancer and he said it couldn’t be staged until I have a hysterectomy.

I was completely blindsided by these results. I was scared and just in shock at what I heard. My appointment with the oncologist was set for March. That was a long time to have to wait. My family and friends rallied around me to support me and pray for me. I believe their prayers is what got me through every day. It felt like a lifetime before March got here. On my first appointment the doctor came in and held my hand through the whole appointment and said it’s going to be alright.  He explained the cancer and said a hysterectomy is the best way to go and they will stage it afterwards. Since I already have two amazing kids I agreed to the surgery. He scheduled my surgery for April 21. I went to a chemo consult in case I had to have it and another appointment before the surgery to check my blood.

When my surgery was finally over the doctor came in and said it was a success. I had stage 1A uterine  cancer and they got it all. He took out one of my ovaries as well because it was swollen and bleeding bad against my bladder which caused my bladder to inflame. I’m so grateful to be cancer free for almost three months now. My family and many prayers got me through the scariest time in my life and I owe so much to my wonderful husband who stood beside me through it all. I thank God everyday that I’m okay now and I’m a survivor.