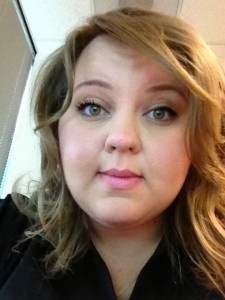 My story. What a great phrase, something that all women should hear so they know they are not alone. My story began like the majority of you. It was New Year’s weekend, the hubby and I escaped to our favorite hotel, only to have mother nature to start its course. The problem: one month later I continued to bleed and bleed. The problem continued from January until April when I had the courage to go to the doctor. While at the doctor’s she prescribed me some medicine to reduce the bleeding (not birth control).

She reported that if the bleeding stops then I should consider birth control to help regulate my cycle. At this time no tests were done. Two weeks later I was back to square one even though I took the medicine daily. This time however, I was bleeding heavily. I had blood clots the size of quarters, half dollars, and even sometimes my palm. I made another appointment. This time it was in September. The doctor ordered labs and an ultrasound. The labs came back normal. The ultrasound, not so much!

I learned I had a 10 cm cyst on my ovary. I was referred to a specialist who said I should have it removed. September 11, 201,3 I thought was going to be the greatest day of my life. I would have the mass removed and continue my life. Sadly, in January I started to get the same symptoms. I was bleeding so heavy that I was constantly in the restroom. I was tired all the time, I had body aches. At one point it got so bad that I would rather consider dying then to continue down this path (not really but I was in the moment). I went back to the doctor, she basically said that the bleeding could be fixed with birth control. My mass couldn’t have grown back. I agreed to do the whole birth control thing. I got the depot shot and my bleeding stopped! I felt like a new person, I couldn’t tell you how happy I was. I had an ultrasound and the mass grew back to 11 cm!! The doctor convinced me that I had PCOS. The way I could control it or reduce was by utilizing the birth control. Three months later I began to bleed heavily again. Another ultrasound, and the mass by now was 12 cm. The doctor informed me that she wanted to give me Lupron Depot shot. This would essentially shrink my ovaries. Therefore the estrogen would stop in my body. This would ultimately shrink the mass too. Three months later I felt okay (minus hot flashes) and had no bleeding. However I still felt pain. I emailed my doctor who reported that I could just be imagining this. I asked for an ultrasound. The ultrasound reports that I have a 14 cm mass on my ovary. I saw a specialist who reports that I will have to have it surgically removed. Once it is removed (Aug 12, 2014) they will inject me me with the Lupron Depot to hopefully work this time. According to the doctor the Lupron should have been injected right after surgery with no delay.

My story, though not as horrific as most, but still provides significant detail. You know your body better than anyone else. Keep fighting if something doesn’t feel right…