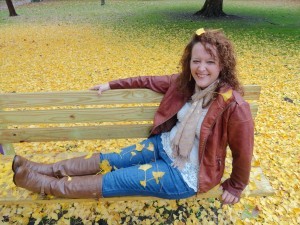 Pain, Pain Go Away and Do Not Come Back Another Day

My experiences with abdominal pain got unbearable when I was thirty-three years old and after much pain, work hours missed, testing, and finally surgery I was finally diagnosed with endometriosis. Before this debilitating disease struck, I was very active e.g. scuba diving, running, biking etc. But once the pain began it hurt to even walk back and forth to my car to go to work much less get out of bed and take a shower each day. The days I did not seem to have the strength to get out of bed meant I got caught up on my favorite television shows, movies, and sleep of course, but it left me missing out on life and the world around me. This was definitely a big issue and prompted me to get more serious in my search for answers.

On the third of August at approximately 2 am, I was rushed from work to the emergency room because I was having extreme abdominal pain. At the time, I thought either another cyst had burst (I have had several of these in the past) or a recurrence of Pelvic Inflammatory Disease (PID) which I was hospitalized for about five years ago. Looking back, after a lot of research, I found that the PID probably was misdiagnosed endometriosis all along. Oh the many joys of being a woman.

While in the emergency room I went through a myriad of tests and procedures. They checked my vitals, did a normal urine test, pumped me full of morphine, and did a CAT scan. Of course, they did not find anything and sent me home with pain medicine.

The following Monday marked the start of a nearly three month long time-consuming journey with various doctors. I made an appointment to see my regular gynecologist on August eight and he did a thorough exam but didn’t find anything so he proceeded to refer me to a gastroenterologist (GI). On August 15, I saw the GI doctor and was diagnosed with preliminary diverticulosis because of severe abdominal pain and I was prescribed antibiotics. On August 27, I had a contrast CT scan but nothing showed up as far as what could be causing my pain. During this time, I was in and out of work because I was in extreme pain and doing my regular job was not feasible as I was a security officer at a nuclear plant that required me to be very active and physical, and I could not take prescription pain medicine at work; over-the-counter medicine just did not touch the pain most days.

On September 4, my GI doctor decided to perform a colonoscopy but surprise, surprise it did not show up anything either. On September 11, I returned to my GYN doctor because I was still experiencing extreme pelvic pain. At this time, he did blood work, a vaginal ultrasound, and then finally decided to do exploratory surgery (laparoscopy). On September 18, my GYN performed the laparoscopy and he discovered endometriosis. He removed most of it via ablation, and what he did not feel comfortable removing he left in place. Big warning to those of you that are having a laparoscopy for the first time: go to a surgeon that specializes in endometriosis; do your research– Google, Google, and Google it! On September 24, I returned to my GYN for a checkup because my pain had not decreased and I was supposed to return to work the 21st. My doctor decided to send me for another contrast CT scan and of course it didn’t raise any concerns. My GYN then decided to refer me to an internist because he could not tell what was wrong and insisted it was not anything that he did during surgery. Another thing new endometriosis sufferers should know: endometriosis will not show up on a CT scan or ultrasound but only through surgery can it properly be diagnosed. Oh the joys… Right?

On September 26th, I saw an internist and he did a thorough exam and then shipped me back upstairs to my GYN because he thought it was surgical complications. My regular GYN was not in the office so I saw his backup doctor. This doctor decided to admit me to the hospital because he saw where I was in extreme pain. They pumped me full of pain medicine as well as antibiotics because I still had the UTI. Several specialists saw me at this time (another GI doctor who thought I might have IBS). On day two, the backup doctor was making his rounds and decided to check on me but I wish he had stayed away. He examined me again and confirmed where I was hurting then proceeded to press extremely hard on my incisions on my belly button, and I about unleashed my fury on him; he then had the nerve to ask if it hurt. People like him should not be in the medical field. On day three, the urologist decided to do a cystoscopy on me but also found nothing. I was then released from the hospital later that evening without being told a diagnosis.

On October 1, I decided to take matters into my own hands and called Emory Hospital in Atlanta, Georgia to make an appointment with a specialist but the soonest that they could see me was November 16. On October 2, I returned to my GYN’s office still in extreme pelvic pain and he stated at this time that he did not know what else to do for me. I told him that I had made an appointment with a specialist at Emory Hospital in Atlanta and he seemed to be relieved to be done with my issues. On October 15, I came home in extreme pain again from work and I decided to contact Emory Hospital to see if I could get in to see the specialist sooner but this wasn’t possible, but they did recommend two other doctors that weren’t affiliated with Emory. I called both but one would not accept my insurance but luckily the last one I was able to make an appointment to see on October 17. On the 17th, I saw the endometriosis specialist in Atlanta, Georgia and he was the first doctor that I spoke to throughout this ordeal that actually sounded like he was knowledgeable in treating endometriosis. He was also highly regarded in his field and this made me feel a lot better about the whole situation. He took a look at my medical records and saw where my GYN that performed the surgery had not removed all of the endometriosis from my left side because it was near the urethra (and from what I’ve discovered this is a risky procedure and should not be performed by inexperienced surgeons. But I still can’t determine why my GYN didn’t refer me to someone more experienced since I told him that I was having severe pain mainly on my left side as well as sharp twinges when I used the bathroom.

The new specialist decided to schedule me for surgery on October 19 to remove the rest of the endometriosis as well as my appendix. On October 19, the alarm went off at 5 am in my hotel room because I had to be at the surgery center at 6 am, which luckily we were able to get a motel that was right across the street because Atlanta traffic can be horrific. But unfortunately the surgery wasn’t meant to be on the 19th because the surgery center called saying that all surgeries were cancelled for the day because of equipment malfunction issues. Thank God it didn’t happen while I was on the operating table though. After doing more research and talking to a good friend with endometriosis in the Atlanta area, she told me that she had a lot of issues with this particular doctor and told me to try to find another doctor therefore I did not reschedule this surgery.

My friend did recommend another doctor in Atlanta, and I am truly thrilled that I listened to her advice. The new doctor also specialized in excision removal of endometriosis and you can truly tell that he cares about his patients; my new surgery was scheduled for October 31. This doctor called me numerous times to check on me and actually listened, not to mention prayed with me the day before my surgery. I’ve never experienced this from any doctor and it was above and beyond the call of duty. He was also the first doctor that I felt totally comfortable with throughout the whole process beginning to end. A few weeks after my surgery I received my doctors surgical report as well as pathology lab results, and it was the most thorough and detailed report that I’ve ever seen.

Compared to my first laparoscopy surgery, I felt as if I healed faster even though this surgery was more invasive. My doctor had to remove my appendix along with cutting out sixteen more spots of endometriosis that the doctor in Alabama missed. My internal appendix sutures bothered me some after surgery therefore I experienced sharp pains on my right side for a few weeks after surgery, but I did not notice any more endometriosis pain also known as no more burnt belly from the heating pad nor consistent use of pain medicine. My doctor reassured me that he removed all of the endometriosis with the excision surgery and since he only has a 7% repeat as far as surgeries go I feel confident saying that I have kicked this disease out of my body. It feels so good to be living life again. I cannot imagine living with this disease for years (like most women); living with this disease for almost six months was almost too much for me.

There definitely needs to be more research done into the causes, prevention and cures for endometriosis. More doctors need to be properly trained on how to handle endometriosis patients (especially gynecologists) instead of ignoring their patient’s pain. No woman should have to suffer this pain nor should a woman have her life come to a standstill because she gets endometriosis.

Rose Thomas writes on behalf of RMA Texas [http://www.rmatx.com/]. She is a proud survivor of endometriosis and she hopes that her experiences with endometriosis will inspire other women with endometriosis to not give up hope. There are doctors out there that care and can treat endometriosis properly so that you can get back to living your life again like she did.