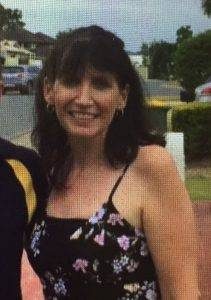 It was a long weekend in Australia, while most Aussies were having BBQs and playing back yard cricket; I was being admitted into the local hospital with severe abdominal pain.

Once the doctor felt confident that I wasn’t a junkie needing a fix, he gave me the morphine that I so desperately needed. Once the pain went away, the whole thing didn’t seem much of a drama at all.

Test after test and then the doctor, quite flippantly, told me I had bowel cancer and just kept on talking. “Hold the phone”, go back and tell me what you just said again.

I sat there in a slow glaze not really taking in what he was really talking about. However, once family members started to turn up and were told the bad news, their reactions made me realize that this was serious and very very real.

The process from there was quick. I was readmitted to another hospital the following day, meet with the surgeon and set a date for the surgery. I didn’t have to wait long and before I knew if the surgery was a success.

The surgeon was confident he removed all the cancer, and six months of chemotherapy was offered as an option. I determined that if I didn’t have the treatment and the cancer did come back, I would never forgive myself. So six months of fortnightly chemo started and finished before I really knew it.

I was confident I was cancer free. My medical team couldn’t really explain why at 42 years of age, with no family history, why I would have experienced this horrible disease. Never mind why, I was over my treatment and over my cancer scare.

Twelve months later, I went for my yearly check-up. I was happy and healthy and overly confident that I would pass this test with flying colors. I even went by myself to the doctors as I believed that I would not need a support person.

How wrong I was.

Twelve months later the cancer had somehow come back. I was transferred to another specialist to deal with my “hot spot” as it was referred to.

Sitting in his office with my wonderful support person, Susan, we were nervous but quietly confident. The brilliant Dr. Nick came in and started explaining this incredibly complex surgery that was ahead of me. Susan and I looked at each other as if he was speaking gibber.

“Hang on, go back, go back”. I needed this explained to me in great detail.

The short version is, that I was to have a major surgery called a HIPEC, and Dr. Nick was one of only three surgeons that did it in Australia. I knew then that this was a seriously big deal. I would be cut from breast bone to pelvic bone, all my “non-essential” parts were taken out including my appendix, gallbladder, ovaries, the omentum, and of course the tumor, as well as two hours of internal heated chemotherapy, ( this was the specialized part ).

What followed, due to complications, was the best part of six months in and out of hospital (mainly in.)

Ten months after surgery, I was able to return to work – thank God! I was very hopeful, as the stats for this surgery were that if the cancer came back at all, it was normally around the 5-6 year mark. I was impressed with both my surgical team and myself.

Twelve months after surgery I was off for my yearly check up. You guessed it, the cancer had come back.

What happened to my 5 years!!

My team couldn’t explain it to me. I was a medical quandary. Everything that should have worked, didn’t. They couldn’t explain me medically. I was the Case Study they talked about with other colleagues, and whenever I was in hospital I would have the trainee doctors coming round to check me out.

I like being unique but not for this sort of thing.

I just couldn’t get past the 12 month mark. I was gearing up for another surgery and time off to recover.  In March 2017, I had another 6-hour surgery and when I woke up the next morning, I had the smiling face of Dr. Nick looking at me asking if I could remember the conversation we had the previous evening.

“No”, I was full of anesthetic and couldn’t even remember seeing him, let alone having a discussion. He was quiet and gentle and as basically as possible explained to me how the surgery went. He was able to take out some tumors however the main tumor was wrapped around the arteries leading down to my legs so they had to leave it there. It was also around the ureter connecting my left kidney to the bladder.

So, from a previous surgery they had already taken out all my non-essential parts, now half of my bowel had been taken and I had a stent up through the ureter so my defunct kidney could work as much as possible. I was worried as I was running out of organs for them to take out. This was the least of my worries.

Dr. Nick continued to tell me that this made me technically Terminal.

I hate that word and normally refer to it as the Terrible T word. I was broken. That was the best word for it. Shortly after that Susan arrived and together we faced my family. Terminal. How do you process that? Still to this day, 15 months down the track, I struggle to process the word and what it truly means.

My medical team, that was now rapidly growing, included, my General Practitioner, Surgeon, Oncologist, Counselor, Cardiovascular specialist and my Urologist. Quite an impressive list really.

So in March 2017, they gave me a time frame of 2 years with treatment. How do you process that?

Since then, I have recovered from surgery, I continue to have chemotherapy for 2 days each fortnight (I reached 12 months of chemo in April), have had hospital stays due to Influenza A, and have three blood clots running down my entire left leg, resulting in wearing a compression stocking and taking blood thinners.

But I am happy and determined and still working 4 days a week.

My team said recently that equally as they can’t explain me medically, they also can’t explain how I am with my recovery. They said that 14 months ago they would never expect me to be at this point looking healthy, have all my blood work, bar my white cell count, in a normal, healthy person’s range, and I shouldn’t be working at all let alone 4 days a week.

They said that whatever I was doing, just keep doing it, as they can’t explain me. The tumor is currently “sleeping” (or not actively growing), and I am determined to kick their 2-year diagnosis out of the ball park.

I have never shared my 5 ½ year cancer struggle on any social media as it’s my business and I don’t want anyone’s pity. Empathy perhaps at times but never sympathy or pity. However, after reading about all the wonderfully strong women that are part of the “Fight Like a Girl Club”, I feel comfortable in sharing my story in this forum.

Thank you for providing this outlet for women to show how strong we can be when we need to. 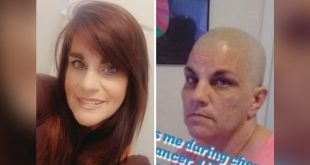 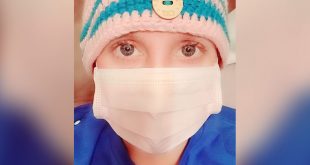