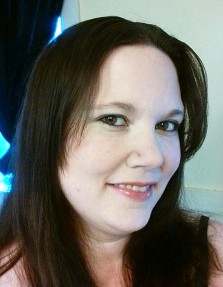 I remember so clearly the first time I got my period when I was eleven. A huge stepping stone for most young women, the proof that you are finally a woman! However, I was not relieved. I remember being in tears, crying outside my mom and stepdad’s bedroom door because it hurt so bad. I thought I was going to die, the pain was so intense. My mom told me that the cramps were normal and I would just have to live with them.

As the years went on, they grew worse, and my periods grew heavier. By the time I was in high school, I was missing school because I would become physically ill. For some reason, I still thought it was normal. It wasn’t until the birth of my last child that I finally talked to my OBGYN about my periods and how bad they were. He didn’t believe me because I was too young to have anything wrong. I made an appointment with one of his associates, and he suspected that endo was a possibility. I was put through years of tests and medication before an exploratory surgery was done. By then, I was in pain all the time, bleeding pretty much all month long, and became anemic because of it. No surprise, since my uterus was completely black and covered with endo. My ovaries were pretty bad too.

At 24, I went in for a hysterectomy. They just took my uterus and left my ovaries because I was so young. Things were great for about 6 years. Then I ended up doubled over at the stove cooking dinner one night. I had pain on and off for about 2 years, but just chalked it up to ovarian cysts. The next day, I called and made an appointment with my OBGYN, and we did the usual round of jumping through hoops so that insurance would cover the surgery to have my ovary removed. While they were in there, the doctor noticed endo on my ureter tube (the tubes that lead from kidneys to the bladder), but it was in too dangerous a spot to remove. She took out the ovary that was bugging me and cleaned up the other one. But to get the spot on my tube, I would have to go to another specialist to have it done, and it would likely require extensive surgery. So I just live with it. It doesn’t really hurt, but from time to time, I get blood in my urine and pain in my kidneys as it tries to work itself into the tube.

While this was happening, I started noticing a widespread pain throughout my body. Not really knowing what it was, I just tried to continue in with my life as best I could. Eventually, things got worse, and the pain would last longer. It felt like I was being hit with a ton of bricks in my sleep, and I was not able to really move in the mornings. I spoke to my doctor at the time (who labeled me as a drug seeker) about fibromyalgia, and she said it was just a quack diagnosis and that there was nothing she could do to help the pain. So I just did what I could to get by while I watched my life slowly spiral away from me.

In 2010, my husband and I moved to another state where I could get insurance and switch doctors. Within the first couple of visits, he diagnosed me with fibro. Feeling confident that with the right medication I would be able to have my life back, I started taking college classes online to reach my dream of being a psychologist. Unfortunately, the medication didn’t help like I thought. There were days I couldn’t get out of bed. I forgot things all the time, which made it harder to do my schoolwork, and the pain was unbearable. I was a shadow of the person I once was. I made the decision to drop school because I couldn’t keep up and concentrate properly because of the pain.

It’s been 5 years since I was diagnosed. I reached the deepest depths of depression. Having your dreams ripped from your hands will do that to you. But I slowly clawed my way out of that pit and kept fighting. My fibro still affects me in so many ways on a daily basis. My pain level on a good day is a 5, and on a bad day, I can’t even get out of bed. But I’ve learned to roll with the punches. It has taken a lot from me. The thing I miss most is being the playful mom I want to be to my kids. But my kids and my husband are what keep me going and give me the strength to say I can fight another day. I’ve learned to pace myself, and I’ve learned how to ask for help when I need it, which is huge for me. I’ve learned to say no, which is another huge thing for me, and I’ve learned to appreciate all the small and simple things in life. My life may not have turned out the way I wanted it to, but to be able to say I’m happy once again is one of the greatest feelings ever. And most importantly, I have learned not to give up!