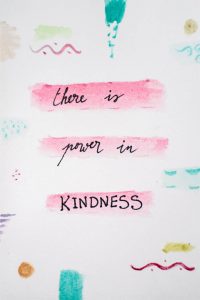 As a kid most, of our family vacations consisted of heading to state parks, and living in a cabin for a week. They cabin had beds, plumbing, electricity, but there was never a television and we didn’t own electronics. We were there to spend time together as a family and do things like play board games and sort through the ‘fun box’ filled with metal cars and army people. The vacations were fun with swimming, fishing, and programs put on by the rangers to amuse the kids at the park for the week.

The highlight of one summer trip was collecting cigarette butts around the property. It was a contest and prizes promised to whomever collected the most by the end of the week. My brothers were serious competitors and after emptying the contents of the bread bags, they were on a mission, a force no one dared to reckon with.

All week they collected cigarette butts, every place we were; the beach, hiking trails, the dock, etc. Lake Hope St. Park never looked so good. When the final day came to turn in the collections, kids seemed to appear from everywhere proudly carrying their bread bags full of cigarette butts. The ranger had one child at a time dump the contents on the table for counting. My brothers waited their turn patiently feeling confident that they had a prize-winning amount gathered in their bags. Brother one had 1,135; Brother two had 1,236; Brother three had 1,002; and Brother four had 1,200.

All had been quite successful and the prize that they spent the whole week working toward, a small slice of a tree with the number of butts collected etched in with a fancy sharpie marker! A bit of a bust, if you ask me, and I know my brothers felt much the same way. That was an awful lot of smoking done in a week at the park, and an awful lot of litter cleaned up from the grounds.

My brothers left that day a little disappointed with their prize feeling as if their week was somewhat compromised because of all the time and energy they spent working toward the prize that was not what they had created it to be in their heads. Looking at it from the ranger’s perspective, the prize was not the wood with a number written on it, instead it was an area that was left cleaner and nicer than it was found. 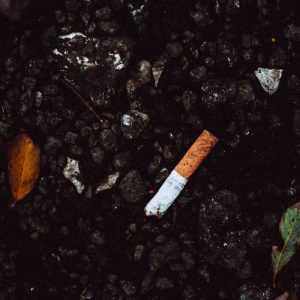 Leaving places better than we found them is part of what life is all about. What if every day your goal was to be better than you were the day before? A little kinder, a little gentler, a little harder working, a little more accepting…what a difference you could make in your life as well as in the life of those you come in contact with.

A random act of kindness is pretty small and can seem as insignificant as a cigarette butt lying in the grass, but making the choice to pick up your mood or change your actions can accumulate into quite a collection of goodness leaving the places you go nicer and better than you found them.