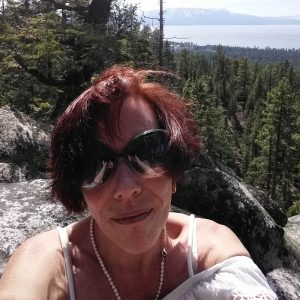 I remember in the last months of my father’s life, sitting with family members; they were certain that the cancer he was dying from was hereditary. It wasn’t until many years later that CDH1 mutation was isolated.

A mutation in the CDH1 gene gives a person an increased risk of developing gastric cancer and other cancers associated with HDGC. Hereditary diffuse gastric cancer is a rare inherited condition associated with an increased risk of gastric (stomach) cancer. This condition, found in less than 1% of the U.S. population is autosomal dominant, meaning half of all offspring carry it. If you carry it, there is about an 80% incidence of linitis plastica. Linitis plastica is a type of adenocarcinoma. Adenocarcinoma is the most common form of gastric (stomach) cancer. It spreads to the muscles of the stomach wall and makes it thicker and more rigid. This type of diffuse stomach cancer kills 96% of the time.

When I found out I could be genetically tested, I was all in. You cannot diagnose this cancer any other way until it’s too late. I tested positive and the only treatment known was a complete gastrectomy, so I scheduled my surgery.

As one might imagine, learning to live without a stomach is not easy. The recovery was most unpleasant, and it was about to get worse. For women with the mutation, there is an 86% increased risk of mobile breast cancer. I hadn’t even gotten used to my newly rerouted digestive system when I was diagnosed with stage 2 breast cancer.

Naturally, at only 32 years of age, I was all for them being as aggressive as possible, so I had a double mastectomy. The tumor ended up being so close to the skin margin they had to operate again, this time taking more tissue. Then the fun began: 6 rounds of TAC chemo while going through reconstruction, and with no stomach. I was so thin, they threatened to stop my treatments–I weighed 79 lbs. I got through it and went through the last of reconstruction.

The problem now was having been on heavy narcotics for nearly a year, I was now addicted. This led to many, many bad times. I was so depressed that I didn’t care if I survived until I nearly didn’t. I developed an infection in my heart, and while going into surgery the infection exploded, gave me three strokes, and stopped my heart.

I recovered and I rebuilt my life–I moved on. Cancer and the treatment almost destroyed me but why let it win? I am thriving and living a wonderfully productive life. I go on because my Dad didn’t have a choice. I want people to know that cancer, no matter how rare, and no matter what dominos fall behind it, doesn’t have to beat you!