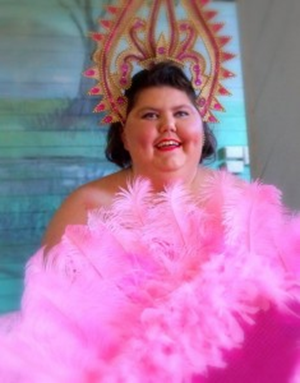 Hi my name is Rachael. I’m 22 years old and I was diagnosed with FSGS nephrotic syndrome in April of 2012. I knew I was sick when I was in year 12 (2009). I would get stomach pains on a regular basis I was told by doctors that there wasn’t anything wrong with me and that it was just period pain. The pain started to get worse and traveled to my back and ribs. I then decided to go and see a different doctor but they where all saying the same thing; it was stress from HSC or period pain.

When I had finished year 12 the pains had stopped for a while but I still knew my body and knew there was something wrong. I was getting sick every time I drank alcohol even if it was one cruiser. Then in February of 2012, I got engaged and started planning my engagement party which was set for 26th of April. On that night my feet swelled up and I just figured it was because I had been on them all day so I swapped my high heels for thongs. The next day my legs had started to swell and I knew there was something really wrong. At this stage I asked my mum who was the best doctor in town.

I went go and see my now local GP and he did a urine test which showed I had blood and protein in it. I was then sent to Port Macquarie Hospital and put under close eye of a nephrologist, who during this visit organised for me to have a kidney biopsy (one of the most painful operations ever as I was awake). After this was completed the results took a while to come back. I was discharged from the hospital and sent home when the results came in. I was out on a very high dose of Prednisone 80 mg daily which in three months made me put on 50 kg which was painful on my skin as it didn’t have time to stretch. I now have what I like to call battle scars all over my stomach, my sides, and my arms.

Then in November of 2012, I had what I thought was just a normal cold. I was sitting in the lounge room with a bowl of hot water and Vicks. My mum noticed I sounded wheezy, so we decided to go to the hospital to check it out. They did some blood tests and by this point I couldn’t breath, I was coughing, and I had an oxygen mask on. They then transferred me from AE (accident emergency) to DHU (high dependency unit) when the test results came back. They then told me that I had two blood clots one in either lung and also had a bit of fluid build up in my lungs. I was in HDU for about two weeks before I was aloud to go home. I was then told that the high doses of prednisone was not working anymore and my body had become immune to it. I had to decrease the amount I was taking to in order to be put on a harsh drug called Cyclosporine at 300 mg a day  (150 mg twice daily). I was now on a fair amount of tablets (about 22 tablets a day).

Then everything started to get better. All my tests where coming back improving until September 25, 2013. I went to the doctor during the day and told him I was having headaches and he said, “Oh there probably stress headaches. Go home and take Panadole.”  I did and I then woke in the middle of the night with a headache and felt like I had been hit in the head with a sledge hammer. We called an ambulance and got taken to hospital. When in the hospital they did a CT scan on my head which didn’t show anything. I was admitted just into a normal ward. Then my nephrologist came and ordered all these tests. I was sent for a MRI when all the test came back it showed I had a blood clot in my brain. Ao here I am on the 29th September 2013, telling my story of how I am fighting. One day I would love to be a motivational speaker and talk to people who just need that one person to say I know how your feeling and actually do know how they feel. 🙂  Also the picture of me is when I was on a heavy amount of steroids for my illness.