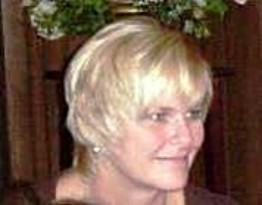 June 12th 2013 I will be cancer free for one year. My story begins like every one else s, doubt I will get cancer, hopeful I won’t get cancer. Cancer runs in my family, both sides. Both Grandmothers, my mother, three of my aunts and a cousin.

March 2012 I ended up in the emergency room for coughing up blood, one of my best friends works in a doctors office and she made me go. I have asthma and didn’t have my inhaler. I was sure all I needed was a breathing treatment but she wouldn’t hear of it and said GO. I called my sister and told her where I was going. My sister, Vicki, is 4 years older than me but we have a twin bond. I arrive at the emergency room complaining of chest and back pain. The doctors thought I was having a heart attack. A nurse shoved me in a wheel chair while another was yanking my top off. I was doing fine till they slapped the NITRO patch on me. Then I started to get scared. I had an IV for pain, EKG wires, and the blood pressure cuff on me when my sis walked in. I could see the fear in her eyes. After a ton of tests and x-rays they determined it was respiratory, just like I thought.

A month later I found ”the” lump. Left breast. I had always had cyst so I didn’t think much of it but a nagging voice in my head wouldn’t let me let it go. I’d had pain on the side of that breast since the emergency room run. Every one told me they didn’t think it was cancer, lumps don’t hurt. So I went to my doctor, she felt it and set me up with an appointment for an ultra sound. Thinking the worst, hoping for the best, I go in, undress and watch the tech run the little wand thing over and over my boob. I watch the screen and there it is, my mass. She wipes the goop off and tells me to wait there for the doctor. Not a good sign, I’m thinking. The doctor comes in and says ”I don’t like how that looks, lets do a mammogram”.. ugh.. I hate those things. I have to say Kathy had the most gentle hands, I felt no pain or discomfort what so ever. She was so sweet, I sent her flowers the next day. So after the smashing of the boob I’m told to get dressed and wait in this little room that has nothing but breast cancer pamphlets in it. Again, not a good sign. The doctor walks in and with out batting an eye says ”I’m pretty sure this is cancer Pattye.” At that moment my world starts spinning out of control. I actually feel the floor drop out from under me. We discuss a biopsy and schedule it for the next day. I call my sister and my best friend, her name is Vickie also and tell them the news we didn’t want to hear. I arrive for my appointment and the doctor explains what is going to happen and what I can expect to hear and feel. He collected three samples and told me to get dressed and wait in that little room again. He came in and we discussed my options. What I wanted to do when he told me it was confirmed to be cancer, not if, but when. My cousin was diagnosed with breast cancer almost two months before me so it was a no brainer, I would go where she went. The Breast Care Center in Greenwood. I told the doctor my birthday was coming up and I didn’t want to know on that day. I was going out with friends and wanted to have a good time. Friday May 4th, my birthday rolls around and I get a call from one of my friends, she can’t make it tonight her son is sick. Then I get a text from the other friend, she can’t make it either, she doesn’t feel well. The flu was going around and my friends were dropping like flies with it. My plans are canceled, so I called the doctor and told him to go ahead and tell me. Three minutes later I am sitting at my desk in total disbelief, I have cancer. I sent a text to my sister to call me it was important. Remember how I said earlier we have a twin bond? It was 2 seconds after I hit send she pulled in the drive way. I was sitting outside with two of the ladies I work with. My sister gets out of her car and as she’s walking toward me I can tell she knows. We sit outside crying and making decisions. Making plans to save my life.

On my way home to tell my daughter I stopped at my dad’s house. He’s sitting out on the porch watching the cars go by. As I told him my news I saw him age right before my eyes. I assured him I was going to be ok, it was caught early and everything looked good.

From this point on is a blur. Every thing happened so fast. I met with my doctor, my plastic surgeon, a radiologist. I had x-rays, MRIs, ultrasounds and everything else you can think of.  Each doctor and tech said they did not believe the cancer had spread to my lymph nodes. With this knowledge I made the decision to have my breast removed and reconstructed. Cancer gone, no chemo, no radiation. Me and the two Vicki(e)’s were thrilled with the decision. June 12th my breast was removed and a new one in place. Thirty nine lymph nodes were removed and in a few days they would tell me if they were clear or not. My sister stayed with me during the night. and my best friend was there during the day. An ex boyfriend had also come back in my life and things were going really well there. Then I get the call, the dissecting of the 39 nodes, three showed specs of cancer. This meant chemo and/or radiation. I couldn’t believe it. I was mad…. at everybody and every thing. I did not want to do chemo and there was no way I was doing radiation. Every one has a right to choose their course of treatment, what they believe is right for them. I didn’t want to do either.

I was told to make an appointment with an oncologist to discuss my choices. Dr Jackie Joyce, my moms oncologist. No question there, she was great with mom and my family loved her. The drain tubes came out, I was healing nicely, the ”girls” looked good.

My two Vicki(e)’s went with me to see doctor Joyce. Chemo, I had to do chemo. I just sat there and cried and let my Vicki(e)s talk to the doctor.

At this point my boyfriend moved in to help take care of me. The first three rounds of the first type of chemo were God awful. My hair fell out the first treatment. It made me so sick I had to wait two weeks in between each treatment. I was suppose to do four of these but I could only do three. My white count dropped dangerously low each time.

Next was 12 rounds of the easy stuff…HA, folks there is no such thing as easy chemo.  After two rounds of the ”easy stuff” every hair on my body was gone. My boyfriend was very loving and gentle with me. He assured me I was still me and still beautiful and he loved me higher than the mountain. Awww, every one is thinking what a great guy he is, right? WELL…while I was doped up on pain medications, and nauseous medications, he was online opening five credit cards under my name and social security number with him as a user. I found this out while I was at work and one of the companies called wanting payment on the $7500.00 balance. WHAT??? I don’t have an account with you I told them. Long story short, after five months of police reports and talking to the idiots that allowed this to happen they all agreed yes it was identity theft, $20,000.00 worth of fraud.  And no I have no ideal where the boyfriend went when I kicked him out. All I know is there is a warrant for his arrest and my detective won’t let me taunt him or use the taser on him when he is behind bars.

Now I am driving my self to the last of the treatments. On treatment #8 I told Dr. Joyce my feet and legs were bothering me a lot. My hands were tingling too and my hips ached. We decided it was time to stop the treatments, I was getting nerve damage.

Oh good I thought to myself…one more hurdle to jump over. But I did. Every hurdle that was put in front of me I leaped over. Or my Vicki(e)s pushed me over them when I didn’t want to jump.

I want to be sure and include in my fight to win story that I give credit where credit is due. I work for one of the finest companies ever. Every one at Bybee Stone Company have been wonderful to me. Never once was I pressured to come back before I was ready. Each person there chipped in and helped with my job. I got hugs when I needed them and space when I wanted my pity party. One of my bosses even had breast cancer awareness t shirts and hats made with our company logo. My two Vicki(e)s. My best friend of over 40 years. She cried with me, she fed me, she cleaned my drains and drug me to my doctors appointments. She would make me laugh and allow me to sit and moan for a few minutes. She’s always had my back and I know she always will. I can honestly say I love her. My sister Vicki. She was my rock. I didn’t go through breast cancer alone, she was with me every step of the way. When I felt pain, she felt pain. Losing her sister was never an option for her and she made sure it was never an option for me either. When I was too over whelmed, she listened and asked questions. I would not have survived cancer, the treatments or the deceiving boyfriend without her. My sister, I love her.  June 12th 2013 I will be a one year survivor.

Thank you for reading my story.