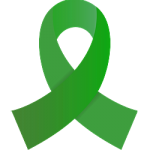 Like anyone, I was afraid for my mom. She found out she had kidney disease when she got pregnant with her first child (me). She had a baby girl in May of 1994 and got married in February 1995. She was only 29 when she had her first kid and her kidneys were already decreasing in percentage. It was mostly caused by her high blood pressure when she was 21. The doctors told her she probably wouldn’t be able to have anymore kids. But that all changed in 1997 when she was pregnant with her second blessing, Krystina. She was born in April. She had another kid in September of 2000. Her name is Kelsey.

Everything got worse from that point on. She ended up with only one working kidney. In April of 2008 she had to go into surgery to put a tube in from her kidney to the outside of her belly. She came home that day but she could barely do anything simple like sweep or lift more than 5 pounds. Her one and only working kidney was down to 13 percent and after the surgery it shot up to 19. But soon after it was back down to 9 percent. At this time she would have to rely on dialysis for her life. She would do it 5 days a week. She did it while she was sleeping so it wouldn’t be hectic getting her kids on the bus. Her husband Jeff supported her even though you couldn’t tell.

Then in December of 2010 she had to have another surgery because her port got infected. They switched it the right side instead of the left. She was then put on the list for a transplant. The doctors told her that she should stop smoking 6 months before her transplant surgery. So she had some time to stop because it usually takes 2-6 years for her to get one. But that changed in February of 2011 when she got a call from UPMC hospital up in Pittsburgh. They were telling her to get up there as fast as she can, they might have a kidney for her. She would have to undergo tons of tests and bloodwork to see if it was a match.

Luckily it was, she went into surgery right then and there. She stayed in the the hospital for 3 days and got sent home. They normally keep them in the hospital for a week or more, but she was healing fantastically! Even though she could go home, it was only to pack her clothes because she had to go back up to Pittsburgh to stay in a rehabilitation home. She could be there anywhere from 2-8 weeks. But just like the hospital, she recovered even more and was out in 5 days. It was time for her to go home to her loving family!

It hasn’t even been 2 weeks yet and she’s doing great. Even though she’s a little sore, she’s never been better. She’s back to her self now! I want people to know there is a light at the end of every tunnel and if you believe and pray, everything will turn out fine. If you have faith you will be able to do anything possible. And for my mom, she’s my hero. After everything she’s been through, she still stands strong, for her kids and for her family and friends. Times are just difficult so you have a chance to get stronger. Hopefully her story will make people stronger and make people realize that something like this will make you stronger, no matter how little or big.