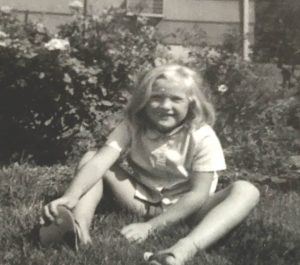 At age 17, I had my first of many manic episodes. The symptoms were promptly subdued with anti-psychotic medicine (because that is what the doctors saw, therefore that was what they treated). Never mind that I had extrapyramidal symptoms (arms drawn up like a kangaroo, stiffness in the joints, coating on my teeth, dry mouth). I took medicine to help the side effects that also had side effects–modern medicine.

My family was a prominent family in a wealthy town and my condition was a source of shame to la mia famiglia and therefore hushed. My mom immediately assumed that I had taken illegal drugs and that was why I was acting “crazy”. If they had gone without sleep for three days their mind would have been fractured too.

I was taken to the hospital and spent hours in the emergency room (where I saw my friend who was working there). I spoke with a social worker who recommended admission to the psychiatric ward. Upon admission to the unit, I was put in my room. Shortly thereafter, a man who appeared to be psychotic with a disgusting beard attempted to rape me. I was able to keep him at arm’s length (like the mother who can lift a car off her child). The nurse came in and asked, “Is he bothering you?” Duh! She never spoke to me about it, but I know my parents were told because when I mentioned it to my mother she said, “Oh, I heard he did that.” Again, let’s not address the multitude of elephants in the room!!!!

I returned home in two weeks but felt very slowed down. I did not attend school but later started half days. I rode home from school on the disabled bus even though my home was 10 minutes from the school and my mother was not working. How humiliating to be riding the short bus home. I was not able to play on the tennis team that year because I had not been in full attendance at school at the beginning of the school year. I was nominated for homecoming queen by my peers even though I had not been in school. I totally bombed the interview though, because I was so feeling very slowed down.

Long story short, there were a total of eight hospitalizations over the course of 11 years until I was properly diagnosed with a bipolar condition. My default mode is mania, meaning under stress that is the direction I tend to go. I have been clinically depressed a few times as well and that is brutal. I’d rather be happy, but the problem is it’s not a controlled happy, it’s a “crazy happy.”

I wish I could say my friends and family gathered around me and were supportive, but it wasn’t so. I found out who my friends were, and I already knew my family was more interested in preserving the family image as “okay” than tending to the unsightly weeds in their emotional garden.

It was a very lonely time–an exhausting emotional time. I basically had to get through it myself and still do. Not surprisingly, with all my experiences, I decided to become a therapist myself.  For years I kept my secret, but I was also afraid my secret would “tell on me.” In other words, I would spill my secret by acting a little off.  Now, I tell clients my story if it is relevant to them or if they are dealing with a family member. I tell them, not to brag about me, but to give them hope.

If you are having mental health symptoms and don’t know where they are coming from or what they are, it is a huge relief to have a diagnosis. It also provides a starting point for treatment, counseling, and a course of action. Further, when people are asked, “What was the most helpful thing about your therapy?” They don’t say the CBT (Cognitive Behavior Therapy or RET (Rational Emotive Therapy). They say, “It was that the therapist cared about me; they truly listened.” I was making a difference to them.

Of course, this is a compressed version of my life. I am now 59 years old. I just celebrated the 41st anniversary of my first manic episode. Today is my 31st anniversary of discharge from the hospital where I was started on the drug lithium; my lifesaver and life preserver. I have a great job, the best boss ever (me), a wonderful husband, and two amazing kids who are the jewels in my crown. Assuming I have a crown which I of course do because I fight like a GIRL!!!! Signed, Golden Girl. 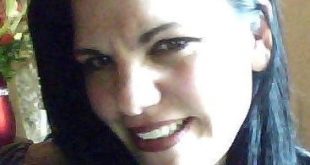 I have been through a lot throughout my life. When I was eight I was …