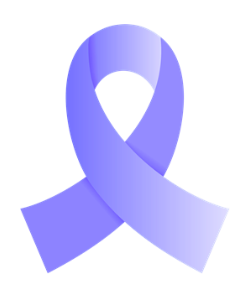 It all started with tingling in my right hand. I just assumed that it was from all of the heavy lifting. But as time went on, it went down my right arm. So then I thought ok, carpal tunnel, so I started wearing the braces and continued working. My right leg began to get heavy so I started slowing down a bit, doing light duty nursing work. I did that for a couple of weeks and then it happened right in the middle of a transfer – I lost grip of my patient. And I was in home care so I was alone. I had to hold her with my legs and use my hand to call for a nurse. I had to stand like that until the nurse got there so I didnt drop her. It worked.

After that, I knew something more than carpal tunnel was wrong so they pulled me out of work. It sucked. I had a series of tests done over a year’s period of time. The best the docters came up with was strained muscles so I had to go see a specialist. By this time I couldn’t talk or walk. I was just a week away from my Maker and didn’t know it. While at the specialist’s, they discovered myastenia gravis which is known as Grave’s disease, and you can die from it. People have. It’s a rare form of muscular dystrophy. So I had to undergo lots of exchanges, different pills, but they settled on steroids. I had to have surgery as well. I had my thymus gland removed. During the surgery, I almost died again so they had to put in a fast tube and while they were doing that my lungs collapsed twice so they had to pump them up slowly. It hurt a little. So I have scars, mental and physical, I can’t run, I lost my job and gained weight. But I can walk, talk, and go on living. It’s a bad one. I have my days but, in a way, I feel blessed. I can stay home and take care of our teenagers. Thank you.

Next Allison’s Fight Like a Girl Story (Grave’s Disease)