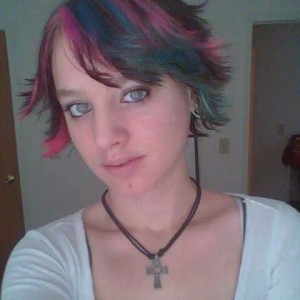 I spent most of my childhood sick with one thing or another. In and out of doctors’ offices monthly, if not weekly. When I turned 16 I started to get kidney infections every other month. My family doctor ignored all of my requests to send me to a specialist. He felt that it was dietary and environmental. Neither of which were the case. Three years later I ended up in the hospital after urinating so much blood that I passed out. They found kidney stones and yet another infection. Finally, I was referred to a urologist. He found nothing out of the ordinary and set me to a colleague. She also found nothing. I was given a prescription for antibiotics that could be filled whenever I needed it because it got to the point I didn’t need a doctor to tell me I had an infection. I had them so often I just knew. I’ve dealt with and accepted these infections, knowing the doctors had no solution. I moved on with my life.

About a year later I started collapsing and going unconscious. I was afraid to go anywhere or do anything, knowing that I was a safety risk. After my third episode I was sent to a cardiologist. He too found nothing. After a few tests and appointments he cleared me and sent me on my way. Still no answers to what was going on, but I was still passing out. I felt like I was being ignored, brushed off. It seemed to me that no one cared. At the young age of twenty, I was lost. By the winter of 2010-11, I was not only getting these infections and passing out, but I was also getting violently ill. I lost ten pounds in the matter of a week and at the time I only weighed 112 lbs. I felt like I was wasting away. I never wanted to go anywhere, I pushed away almost everyone close to me.

I moved away from home that spring, got a new job, and put weight back on. Things seemed to be going much better for me. Summer past and I enjoyed my 21st birthday like a normal person, it felt great. I thought it was finally over. That fall the vomiting started again. I started missing about a day a week of work. On my last day I collapsed at my desk and was taken to the ER in an ambulance. When I went back to work, they fired me before I even got my coat off. This was right around Christmas. Now I really was lost. Living on my own with no income. I couldn’t buy my family gifts for Christmas. I felt like a terrible daughter, like I let my family down. I wasn’t in school and wasn’t working. The only escape I got from home was the doctors and the hospital. I was sent to another specialist, this time a gastroenterologist. He too, found nothing after months of testing. He accused me of being a hypochondriac, my family doctor claimed I was making myself sick for attention. I was being called a liar. My life spiraled. I spent most of 2012 struggling with weight, appetite, and life in general.

One day in the middle of September I woke up feeling nothing but rage. I went to ask my boyfriend, who was living with me at the time, if he needed anything, trying to fight the anger inside that I did not understand. When he yelled at me for getting in his way while getting ready for work, I flipped out. I started screaming and throwing things. I even went as far as to headbutt my wall. Never in my life had I done such a thing. Right after it happened I started crying, now I wasn’t angry, I was scared. I called my mom begging for her to help me, to make it stop. I was lying in a ball on my living room floor. My blood was boiling, my heart racing, and my limbs tingling. I knew this wasn’t me, it wasn’t something I would ever do. I started falling in and out of consciousness. My boyfriend left me there alone and terrified. I called my mom again, I was only 22 and I needed her. She drove down from my hometown and when she got there I had again passed out. She rushed me to the hospital. They did an EKG and noticed I had an arrhythmia. However, everything else seemed fine to them and they were prepared to send me home. My mom stood her ground, she told them there was no way I was going home when I was still slipping into unconsciousness right there in the hospital. They decided to check my heart rate and blood pressure three times. Once while lying down, once while sitting, and finally while I was standing. When I stood up my heart rate skyrocketed to nearly 200 and my blood pressure dropped to nearly nothing. They admitted me and kept watch.

The next morning when I woke up I wasn’t really sure of where I was and I definitely didn’t want to be there. My heart started pounding again, I lost the feeling in my arms and legs. My mom did all she could to calm me down, but I lashed out on her. I ripped out a chunk of my hair, something else I would never do in my right mind. I spent most of the next two days sedated and don’t remember much. I wasn’t eating and by this point my weight had gone from 125 to a sickening 83 pounds. The first doctor I remember seeing was a psychiatrist, at first he thought I was bulimic. He was wrong. Next was an endocrinologist. Finally they were on to something. He noticed that all my T-levels were coming back normal, but he started looking at other factors. He came back later and then told me I had Grave’s Disease, but I was an unusual case. He said I had none of the markers, but I was clearly having a thyroid storm. It was rare, but it was known to happen. They started me on a regiment of hormone control, two mood stabilizers, beta blockers, and blood pressure medication. I finally had an answer, and a way to make it better. They began discussions on removing my thyroid, nipping it in the bud so to speak. When I went in for my fourth appointment of the same questions and nothing new to help me I asked to be referred to a new endocrinologist. My first appointment with him was in the spring of 2013 and he told me something that gave me hope. He told me with proper medication he could put me into remission and allow me to keep my thyroid. This was the best news I’d heard since my diagnosis. I turned 23 that summer and had hope for a normal life, with my body fully intact.

A few short months later I met a guy who didn’t care that I had health issues, he liked me for who I was. He thought what I’d been through made me a stronger person and he almost admired that. He made me happy. My doctor told me that even some semblance of normalcy and happiness would help me immensely, and he was right. In October of last year I went into remission. Since then my life has done a 180. I am still not working, it’s hard to explain to an employer why I have been out of work for two years. However, I know that things can only get better. I’m in a wonderful relationship, I talk with my family now more than ever, and I’m going back to school this fall. It’s an eye opener when at 22 you’re told that you could have died and if you were your parents age you would’ve. I thank God every day for the blessing of a diagnosis and a second chance to live my life. Yes, I will always have Grave’s Disease, but I know how to live with it. I will never let it effect me the way it did in 2012 again. I have Grave’s Disease, but it does NOT have me.