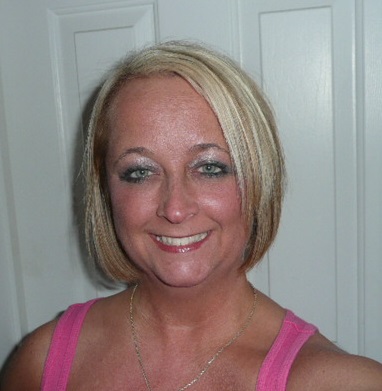 My name is Michelle and I am 43. Here is my story:

On January 10, 2014 I went in for a routine mammogram. I generally schedule it around my birthday so it’s easy to remember. About a week later I received a letter in the mail to schedule a follow up because something “suspicious” was found.  I went back in on January 23rd  for an ultrasound. The doctor said it may be a cyst but it was so small and he was very unsure of what it could be. After checking and rechecking my mammogram and ultrasound he suggested a biopsy.

The following week I met with a surgeon that turned into having to get another ultrasound and biopsy. With results being the following week I was already anxious. The following Monday, on February 3, 2014 I received a call from the surgeon. Yes, it was indeed Breast Cancer. I was diagnosed with invasive ductal adenocarcinoma of the left breast. I was in shock (he was even in shock) and all the “what is next” came over me. I went to meet with him the next day.

I went in and we discussed options. My tumor was the size of 2.2 cm x 0.5 cm, very small. The best solution would be a lumpectomy to remove the tumor. Me being all over the place I was ready to schedule it  ASAP. My surgery was on February 20th.

I have had consults with now a radiologist and an oncologist. I am awaiting results on the Oncotype DX test. My numbers are apparently “on the fence” and the oncologist is making sure he offers the best possible treatment for me.As of right now, the difference between the two options is; 17% of recurrence if  I had just radiation and tamoxifen or 12% with chemo, radiation, and tamoxifen. 3% difference between the two. My next appointment is March 27th with the oncologist.

This is a rough time right now. On June 27, 2013 my husband passed away from lung cancer, his Mom just passed away in January of 2014, and after her passing was my diagnosis. I literally have gone into “fight like a girl” mode, as I am literally holding onto everything I have right now!