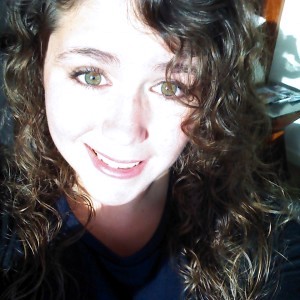 I believe endometriosis and stress/anxiety are closely linked. Whenever emotionally strained, I have an increase in symptoms.

(2007) When I was 12, I began my period, and a few months later, I had my first anxiety attack. I don’t remember what I was so worried about, but I remember spending the night pacing the hallway, too worried to go to sleep. It was the first of many nights. I told my mom, and she confided in me that she had also struggled with anxiety for the majority of her adult life. She told me that those mornings when we woke up and the laundry was done, the bathrooms cleaned, breakfast AND lunch made, and the floors swept, mopped and waxed, were because of the nights she had been struggling. I had always been anal about having everything in order, but now I began adopting a more extreme routine to cope with my anxiety attacks.

(2009) Right before I turned 14, my family moved 600 miles away from our home. I had been complaining about painful periods for many months before we moved. My mom said it was normal and told me to take ibuprofen like every other woman in the world did. The first year after moving, Mom took me to four different doctors because I “slept too much.” One told me to stretch more after my workouts, since I seemed tense and stressed (no shit, dumbo, I just moved for the first time in my few years). The second tested me for thyroid issues. The third told me sleeping 14-16 hours a day was on the high end of the sleeping scale, but still normal, and my body just needed the sleep. She said the reason I felt like I was being stabbed, having cold sweats, throwing up, losing all color in my face and passing out was because of migraines. The fourth diagnosed me with depression and put me on anti-depressants.

(2010) For the next year and a half, I did nothing. Absolutely nothing. I was miserable. I would be too scared to sleep for three days because of my anxiety-induced nightmares. Then I would sleep for an entire day through. I fought with my mom and dad constantly. They complained that I was the worst teenager so far and hoped my younger sisters would be as easy as my older sisters. They assumed my pain was just “normal period pain” and that I was being overly dramatic. Granted, I did have terrible mood swings.

(2011) One day, at age 15, I was at work lifeguarding. I remember it started to rain, so I closed the pool down. Then I remember waking up on the ground, not being able to move because of the pain. Given how dangerous the situation was, I’m thankful nothing terrible happened, like falling into the pool or having someone drown when I was on duty. So, I began going to the doctor’s again.

(2011) Two weeks before my 16th birthday, I started taking classes at the local community college as a dual-enrolled high school junior. Although my symptoms had subsided when I initially began taking contraceptives, they once again spiked. By the end of my second semester, they were just as bad as they had been before starting contraceptives.

In July of 2012, I decided to switch to a stronger pill with fewer placebo pills, since I was planning a major life change. Three weeks before my 17th birthday, I moved back to my home state to attend a four-year university for my sophomore year of college and senior year of high school. My symptoms magically disappeared for the next 9 months. I was stress-free! College was easy. I was independent, and I made friends almost immediately. I also “lived the dream” of attending the university at the same time as my two older sisters. We all graduated within six months of each other! Life was great!

(2013) In my second year away from home and my junior year of college, I once again had a spike in symptoms. I was working three different jobs, tutoring on the side, and taking a full load of classes. This put more than a slight strain on my stress and anxiety management routines. I started talking about having surgery, but my Mom encouraged me to wait until I had a break from school so she could take care of me afterwards.

(2014) I planned my graduation for mid-February 2015, since the university operated on a trimester system, and I scheduled my laparoscopic procedure for March.

(2015) The following five months were a breeze, minus the two weeks after having my insides burned, cut and scraped. I traveled, visited my family, and spent the summer living in the woods and working a low stress research gig. After my surgery, I had stopped taking the placebo pills. As advised by my doctor, I took the pills continuously to stop myself from having any sort of buildup of tissue.

Five weeks ago, I moved states and started graduate school. Three weeks ago, I started experiencing symptoms again. Constant bleeding, bloating, nausea, fatigue, unexplained weight gain, and cold shaking sweats. I am a mostly healthy eater, I drink plenty of water, and have been walking at least two miles a day, to and from class. This has been my toughest move yet. I’m too busy with classes and teaching/grading duties to spend enough time on myself to retain my sanity.

I’ve been denying my anxiety issues for the past eight years and blaming endometriosis for all of my issues. Next Monday, I am going to talk to my new doctor to see if I can figure out a way to manage my stress (in grad school, haha) in order to live a pain-free life.