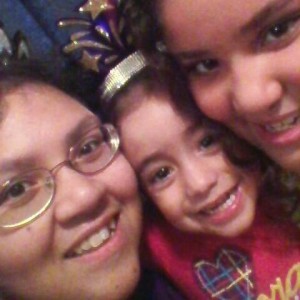 I was diagnosed with 3b ovarian cancer and 1b uterine cancer in January 2004 at the age of 32. After almost a year of pain and a very heavy period for long extended lengths, I found out what was wrong. I had been trying to get my GYN to listen and was put on birth control pills several times and told it was just an irregular menstrual and pain from that. I was sick and in pain. My abdomen was tender to touch. The doctor I had would not test for cancer because he stated I was too young for it.

The worst came around Christmas 2003. I was really sick and had gotten very sick at work. I was sent to the ER. After blood work I was told I had a hemoglobin count of 5 (to me this meant nothing but I was told it indicates bleeding maybe internally and loss of blood). I was questioned about being in an accident or hurt in some way and maybe bleeding internally. I explained none of this happened and that I had a very heavy prolonged period. The ER doctor said that couldn’t be it and ordered tests. When he couldn’t find anything, I was given a transfusion and told to contact my GYN. I did and was put once again on birth control. Three days later I went back to the ER. Again they treated and told me to get in to see my GYN. Here I finally got some luck. My GYN could not see me because of his schedule and I was sent to a GYN/ONC as an emergency. After a D&C and testing, I was diagnosed. Finally!

I had a hysterectomy and was starting chemo by February. I am still with that GYN/ONC. I can’t thank him enough. I consider myself a cancer fighter because my battles continue. I have had to have chemo in 2009 and again in 2012. I am now diagnosed BRCA2+ so know there are battles to come. I feel with a great Doctor, lots of support, strength, and hope, I will fight on!