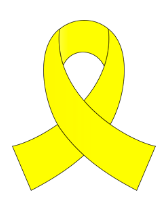 Well, where to begin!! When I first got my period, it was extremely heavy and painful! I was put on birth control about a week after that to see if that would help. It definitely made a huge difference up until 2005 when it all began!

I was at work one day and the pain brought me to my knees. They sent me home from work but that evening I just couldn’t take it anymore. Nothing was helping it. My mother then brought me to the ER to make sure it wasn’t my appendix. They hooked me to an IV until I was well enough to go home. I was having so many episodes like this that I was at the hospital a few times a month. They then started thinking that I was just there for the meds. I was admitted to the hospital and I thought ’THANK YOU!!!’ Little did I know she was giving me T3’s until I had to see a psychiatrist! I started refusing the pills as they weren’t helping me. The next day the doc came in to see me and said I couldn’t be discharged until I talked to a psychiatrist because she thought that it was all in my head and that I was just a teen wanting pain meds. I kinda of lost my temper in frustration.

After that experience, I decided that I would kind of play down the pain as I thought there was no hope in getting help after seeing so many different doctors and getting so many different prescriptions that weren’t helping. Eventually, I couldn’t handle playing down the pain anymore so I went to see my family doctor to get a referral to see an OB/GYN. I finally went to him and he requested doing a laparoscopy surgery and at this point I was all in! I got the results of that and he drained a cyst and I was to go back and see him in 6 weeks. 6 weeks was up and I was still in pain. I told him that I thought it was something else and he shook his head and walked out of the office. I cried. Back to square one.

I will shorten this up so I don’t end up writing a book:

I then got a referral to see another OB/GYN in my area and she was a life saver! I walked in, told her my story and then almost instantly she said “endometriosis”! I’ve never been so happy to hear that I had something wrong with me. For the simple fact that I didn’t feel so stupid per say, that it wasn’t ’all in my head’! I went on to have a laparascopic surgery which gave me an overall pretty decent outcome. Pain then started that was unbearable about a year later (I still had pain but it didn’t stop me from doing day to day things). I then went for another one. That one lasted me about 9 months before the pain came back.  My doctor recommended that it’d be time for another one to see if I could get rid of some more pain as it was horrendous at this time.

I woke up from my surgery in excruciating pain. They had hit a vein and couldn’t stop the bleeding while going in and had to open me up. Instead of three 1 cm scars, I have two 1 cm scars and a 12 cm scar. While she was in there she discovered that my right tube (which is now destroyed) was attached to my appendix by scar tissue which is what is causing the pain on the right side and endo everywhere else. My pain, after I had recovered from surgery (wayyyy longer recovery time as I had complications after surgery), went away for about 8 months this time.

I am now waiting to get into see a specialist off island to see what my next step is. I’m terrified now for another surgery due to what happened the last time. I guess I’m super frustrated as to what to do next and some days are harder than others but constant pain for 6 years and counting really gets to a person. I have amazing friends that stand by me and family as well. I have just recently started looking at sites such as this one and hopefully this will help me on my emotional days to stand back up and fight even when I don’t want to get out of bed that day!

Anyways now that I’ve written a novel I hope everyone knows that they are not alone in this fight! Even though it’s hard to live with an ’invisible’ disease we all need to fight this fight together, not alone!