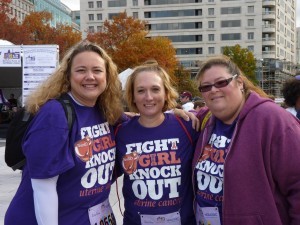 All my life I have suffered with obesity. I was an overweight child, lost weight in high school only to put it back on in college. By the time I was 27 years old I was up to 380 pounds. That year my mom died and I made a vow to myself to change my life. I was morbidly obese, unhappy, and alone. I joined Weight Watchers and over the course of the next 18 months I lost 115 pounds. I started dating and feeling good about myself again through exercise and healthy living.

In 2004 at the age of 30 I met my husband. Slowly the weight began to creep back, but I was so happy I ignored it. I got married in 2006 and I was 290 pounds on my wedding day. We tried getting pregnant after a few months. I succeeded only to have a miscarriage right away. I was devastated and ended up gaining more weight. I started seeing an RE (reproductive endocrinologist) in 2007. I was not having regular periods and was concerned. She blamed everything on my weight and told me she could only prescribe metformin for what she thought I had PCOS (Polycystic Ovarian Syndrome). I took it for a year and my weight ballooned up to almost 400 pounds! I knew I was never going to get any help with an RE since most of them have weight restrictions, so I left. My husband and I tried to adopt through the foster care system. After several years with no success at adoption or my weight loss, we left the foster care program to work on our health. My husband and I found a weight loss program that actually worked and from 2011 to 2012 I lost over 100 pounds. I started getting my cycle back withing a month on the program. After six months of consistent cycles and still no pregnancy, we went back to the RE. I had gotten under the weight they required to work with me, so the doctor decided to do an HSG (hysterosonogram) to determine why I may not be getting pregnant. Well the sonogram showed tons of growths in my uterus. She was unsure what they may be (polyps, fibroid’s, or cysts). She wanted me to have a D&C to clean it all out and check to make sure it was not cancer. She told me that a 39 year old woman had a less than 1% chance of it being cancer, so not to worry. She also said I should wait to lose 20 more pounds so I could to a laparoscopic surgery to check my tubes. I refused. I told her if there is any chance of cancer I want it checked NOW.

In September 2012, I had my first D&C and two weeks later found out I had endometrial cancer. I cried for days. The doctor really wanted to do an immediate hysterectomy, but I told him,  “No! I want children!” He said there was a hormone therapy we could try, but it does not always work. I asked him to please try it, so we started on a low dose of Megace (120mg) and repeated the D&C three months later. It was an improvement, but the cancer was still there, so we upped the dose to 160 mg and went another three months. I felt amazing those three months. I felt better than I had ever felt in my adult life, no weird symptoms at all. I went in May 2013 to have the D&C biopsy done and was confident it had worked. Well sadly it had not. There were still traces of cancer cells (still less than before) Again I cried, but my husband put his foot down with the doctor and asked to be more aggressive. We all decided to double my dose to 320 mg and see. He said there was not much more he could do for me if this did not work. Hubby and I started looking into the Cancer Center of America just in case. I was not giving up without a fight! Three weeks after starting the new dose I was so sick with nausea and horrible cramps. I just attributed it to the new dose and went about my business. On my 40th birthday I suffered another miscarriage! I was in shock. I had no idea I was pregnant nor that I could even get pregnant on such a high dose of megestrol. It gave me hope that I could get pregnant, but needed to get started since I was not suppose to get pregnant on the cancer medicine. I had another D&C done in August 2013. The doctor was so happy for us for the first time. He told my husband things looked good after the surgery. It was the first time he had said that to us. Two weeks later he gave us the news. I was in REMISSION! Against all odds I had done it. He gave me a year to try and get pregnant before coming in for another biopsy.

Once off the megace it took seven weeks to get my cycle back and of course we immediately thought I was pregnant. I was three weeks late after ovulation and that never happens to me. Well several blood tests and sonograms later we found that I was not pregnant and my periods were very irregular (just spotting, not true bleeding) and the sonogram showed my lining to be ultra thin. Now the doctors were worried about Asherman’s syndrome from all the D&C’s I had. Great! I started researching my condition and found out that all my symptoms I have had for most of my adult life could be contributed to one thing, low progesterone. No one had ever checked to see if I had this and I found out that it can be a cause of endometrial cancer. I was livid with my doctors. So I fired them and got new OB and RE! My new RE would not treat the low P even tough he too felt I had it. I started doing over the counter Progesterone in January 2014 and had instant positive results (longer luteal phases, less PMS symptoms, and general feeling better), but still no pregnancy though everything looked good. I had a surgery in February to remove scar tissue and rule out Asherman’s. My doctor said my uterus looked great and very little scar tissue! My next cycle had a good period and I was totally relieved. I started taking Prometrium with that cycle as well. Again, we thought I was pregnant, but no pregnancy. I am currently planning IVF for June with hopes it will give us the baby we have wanted and fought for for so long. I know I will need progesterone help and hope we get the right dosage before the IVF process begins! I run a blog on youtube to help get the word out and to share my story as it unfolds. 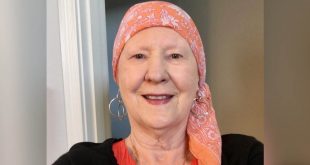 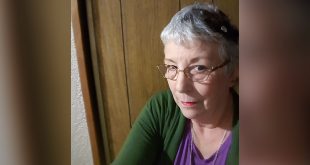