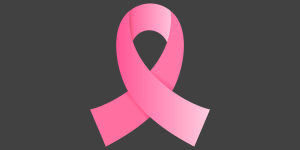 In March of 2017, I finally received an official diagnosis of having PASH.

This came after struggling for nearly 10 years with breast lumps and microcalcifications (that can only be detected by mammogram). I started this process in my late twenties and had multiple biopsies and mammograms every six months for ten years.

Originally, I went along with the “wait and see” approach from my surgeon (that I was seeing at that time). However, I began to experience increased breast pain and rapid growth in the left breast, not to mention hardening. I talked to my surgeon about this and she recommended that I just alternate between Tylenol and Advil to alleviate the pain and use ice packs for the swelling–I did this for months.

In the meantime, I started having digestion issues. I could not eat more than I could hold in my hand and I began to lose weight. I was seeing all kinds of specialists and getting all kinds of diagnostic tests just to be told that there was nothing wrong with my digestive tract. I could not help but think that something was being missed. I dwindled to a mere 90 lbs and was still unable to eat while I continued to suffer from the pain and issues with my breast.

By October 2017, after nudging from my husband, I changed breast surgeons. When I explained what was going on, she immediately stated that we needed to get aggressive. She scheduled me for a breast MRI and genetic testing. After the breast MRI, my surgeon had me look at the MRI films and pointed out that the PASH (tumor) had grown so much that it took over 97% of my breast. Due to the aggressive nature, she was uncertain if there was cancer behind the PASH since it was “behaving like cancer.” PASH is rare and it was rarer for the tumor to behave the way it was at that point of time.

My surgeon recommended that we take a more aggressive approach than what was done in the past. She left me with several options to consider: chemo, radiation, or mastectomy. Considering I had been dealing with it for so long, and after discussing all the options with my husband, we decided that I would choose to have a mastectomy.

In November of 2017, I had a bilateral mastectomy, and at that time, I decided that I did not want to get reconstruction. I wanted to be certain that I did not have any trace of cancer. I was still dealing with the drain tubes and a ton of pain pills. I may be the oddball, but I couldn’t take the pain pills, so I went through my recovery without taking them. I received word that there was no cancer found, but they removed my lymph nodes because they looked suspicious (but they did not have cancer either). I moved on to making the decision to get reconstruction.

During March of 2018, I decided to begin reconstruction. Due to my small stature, I had to go through the tissue expansion process. I underwent a second surgery for this. I had the lovely drain tubes again, and I had a different pain pill prescription. Once again, the pain pills did not agree with me, so I went without the pain pills.

The recovery wasn’t so bad. I wasn’t aware of the different coloration of the fluids as they drain from your body. During my recovery, I had one emergency room visit because I was afraid of infection; thankfully, there wasn’t any. The actual expansion process was not fun, and some weeks were more painful than others.

After three months (July 2018) of expansion, I had the expanders removed and the implants put in with a fat graph. I was happy that I did not have to get the drain tubes. The work that my plastic surgeon did was amazing, and I healed nicely. The pain wasn’t nearly as intense as it was with the first two surgeries, but I still have some pain and discomfort. The hardest part about these procedures is not being able to sleep or lay flat on my back for nearly a year. If I try these positions, I feel pain and a lot of discomfort in my breast.

I honestly thought that I would feel more confident or complete after reconstruction. I thought it would help me cope with the illness. The oddest part is that I still struggle with both the physical and emotional scars. When I look in the mirror, I still see an altered body, and I no longer feel like my body belongs to me–it’s unreal.

The recovery was going smoothly (so I thought). Neither my plastic surgeon nor my breast surgeon feel that my current regression is related to the surgery. It’s a relief that my body is not rejecting the procedure (so we think). Then, three weeks after the surgery, I began having seizures–I never had a history of seizures!

After MRIs and CT scans, I was informed that there is a small tumor in my brain. They do not feel that this tumor is causing the seizures. For nearly two months now, I have been having seizures every other day. I am waiting to get an inpatient EEG study done at the end of September.

In the meantime, I am not on any medication, and my life has been altered by this latest development. I can’t drive and cannot return to work since the seizures are random. I have to depend on my husband and children to do things for me; from taking me places, to being my memory, and watching after me while I have the seizures.

There is more to come on this.