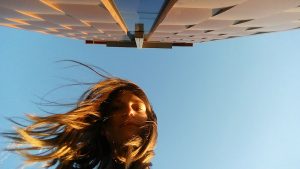 Hi, my name is Kayla. I am battling SMA syndrome and believe that I am on the upswing.

I started having stomach problems a few years ago, but I’d beaten them after personal research into a holistic route and using food as medicine. I was fine for quite some time until about a year ago when I started having an overall sense of discomfort, malaise, and just this sense of sickness in my stomach. I would have random bouts of indigestion, heartburn, acid reflux, bloating, shooting pains, and food sensitivities/intolerances. I felt really fatigued and seemed to need a lot more sleep than usual. I was also very limited in what I was eating because I was still trying to eat the way I had when I beat the first bout of stomach issues, which was clean but loaded with onions, garlic, ginger, and other irritants.  But this time, what I was doing was not working.

As of almost 5 months ago, I began vomiting almost everything I ate daily. At first, I was in denial about it and just hoped that it would go away. I think there were even days where I just wanted to avoid food and thinking about it altogether. I also had random moments of food binging as I was going through some emotional things. At night, I would feel encountered by my God and had these realizations of, “Wow, it’s been three weeks, and I’m still vomiting daily and can barely keep anything down.” Healthy or unhealthy, it’s hit or miss.

Finally, there were a couple days in there where I was vomiting up even water and realized I was dehydrated, so I checked myself into the ER and received fluids and an ultrasound, but nothing was found. Time went by, and after almost three months of vomiting, weakness, and minor weight loss, I went back to a different ER. They did an X-ray with barium which showed a delay and a CT scan which showed that my mesenteric angle was abnormal. I was admitted to the hospital where they would do an endoscopy and observe me.

I have to tell you that God has preserved me through all of it, even the three months. I would pray and ask for guidance about what to do, and I would have dreams about what drinks I could have, the supplements I needed, and just by the power of the Holy Spirit, He would tell me when to eat, what not to eat, and what I could have for that moment. It’s taken a lot of trust, submission, and obedience, and I cannot say that I’ve done perfectly every day, but I’ve definitely grown.

The hospital sent me home. Upon leaving, they didn’t take much time to tell me what the upper GI series showed. They just gave me a packet of discharge papers as I was still slightly loopy coming out from under the anesthetic, but I was told I needed to keep trying to eat and gain weight. Lol!

So I’ve incorporated a soft food diet, the BRAT diet (treating it like an ulcer), liquid diets, blended whole foods, and a wonderful brand called Kate Farms, which is an amazing alternative to Ensure drinks.

The hospital also told me to do the Goldthwaite maneuver stretches after eating. I did everything I knew to do plus stretching and lost more weight upon leaving the hospital. There have been moments of frustration where I just have a nice meal even though I know that it’s probably not going to stay down. For the most part, I stick to what I know to do, and I do have go-to foods that always stay down.

I went back to the ER a month ago for dehydration because that particular morning I woke up shaking. They took another CAT scan with contrast, and it still showed that mesenteric angle to be off. They sent me home although I went in with the plan/hope that they’d need to give me a feeding tube of some sort. Luckily, I was already scheduled for an outpatient GI appointment. I’ve had the appointment, and she is wonderful.  I’m soon to be scheduled to receive a J-tube. I’ve had to learn to fight for myself, and I’ve also been one to struggle with low self-worth and value. So I’ve had a couple of decisions to make in this: I’m either going to allow myself to waste away, or I’m going to stand up and care for myself and fight through the medical system to receive the proper care that I need.

I have to mention, some of the times that I have been dehydrated were because of my own missteps. At times, out of frustration, I decided to eat things that I knew I shouldn’t which caused more vomiting that irritated my digestive tract and esophagus.  That then made it hard to drink even water. So I would have to reset my system all over again by fasting for a day or so, just to be able to eat the blended and liquid foods again. Not that this is the way I should live or anyone should, but there is a level of awareness and responsibility in caring for oneself and exercising self-control despite the restrictions.

I have a list of foods, different methods, and other tactics I’ve discovered that work well for SMA syndrome and for health in general. I’d love to share this information as I see many people struggling and not knowing what to do.

I feel the Holy Spirit’s inspiration and guidance has kept me afloat. He has led me to the people, foods, research, and resources I’ve needed to make it this far. I owe it to Him.

Hope to see you there. Blessings and hoping all will be healed and well for all of you. 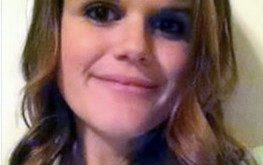 Sometime this year in July of 2016, I was diagnosed with SMA syndrome. After about 9 months …