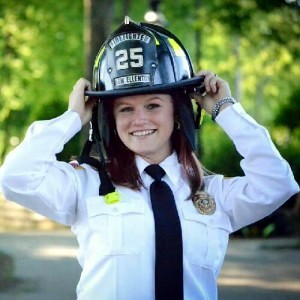 My story begins at the tender age of nine, when I first started my period. I remember wondering if it was normal to bleed as much as I did. Around the age of twelve, my cramps became unbearable. I doubled over and collapsed to my knees in the hallway, prompting the school to call my mom. When she took me to the doctor, they said, “You most likely just started ovulating. The first time can be very painful,” and left it at that. I began to think I was a wimp. I constantly had to take Midol, since Tylenol and regular ibuprofen did nothing for my pain. Midol would ease it enough to make it bearable.

For the next five years, I just thought that being a woman sucked more than anything else in the world. At seventeen, the pain starting persisting even when I was not on my period. I missed more school my senior year than I attended. My doctor finally decided it was time to try surgery. After doing the exploratory surgery, he informed me that I had Endometriosis.

While my diagnosis worried me, I knew that I would be ok. My mom, grandmother, aunts and cousin all had it. Birth control pills were changed and shots were tried. Nothing helped much for any extended time. A year ago, I had my second exploratory surgery. This time, the Endometriosis was worse. Not only did I have more deposits, most of them in vascular areas, but my left ovary had adhered to my abdominal wall. My doctor basically told me there was nothing he could do and I would have to live with the pain.

My pain was better for a few months. However, when it returned, it did so with a vengeance. I was missing work every month because I couldn’t get out of bed. With the threat of losing my job, I told my doctor something had to change. In March, I decided I would get the Nexplanon implant, in the hope that it would help with the pain. So far, it has worked wonders for me. I have not had a bad day since I got the implant, and I was able to save my job.

Through all of the pain and days where I felt like I’d rather have a hysterectomy than kids because I couldn’t live with the disease anymore, I was able to accomplish great things in life. I graduated from high school with honors, graduated from college this past May, am a successful career-oriented woman, run 5k’s, and am a volunteer firefighter. I refused to take no for an answer and counted on my good days to outweigh my bad ones.