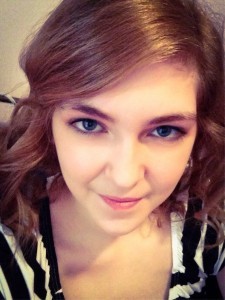 My name is Jessica, I am a colitis survivor.

It all started spring of 2013, I was 18 and fixing to be a graduate! I couldn’t wait for summer, I had it all planned out. Well, a month or so before I graduated I started having severe pains in my lower side.
At first it wasn’t a big deal but over time it got worse, it got so bad I would have to stop and try to breathe, it felt like razor blades scraping me from inside. I would almost fall in the floor. I also started having very bloody bowel movements, I was in constant pain it was so bad I couldn’t even move. I was home-schooled so that saved me a lot of problems as far as missing school. I hate that I missed out on a such a special time in my life.

I had a graduation party but I remember I couldn’t enjoy anything I was in so much pain the whole time. I had a ceremony at my church for graduates, I almost didn’t make it because I was so sick that morning all I wanted to do was go home and get in the bed. This is where it all started to go down hill.

A few weeks after all that, we planned a trip to Destin FL, all those weeks I hardly left my bed. At this point I was having nothing but bloody diarrhea. The day we left to go I started throwing up and I started having even more pain on my lower left side along with the right side still. When we got there the bleeding was so severe and I couldn’t keep anything down. I stayed in the bed the whole time, it seemed like when we got there all hell broke loose.

A few days later I wanted to go out with everybody but I wound up leaving and going back to our condo because I was about to pass out. The next day my patents took me to the emergency room. We found out my heart rate was 195, they stared hooking me up to all kinds of stuff, I wanted to panic but I had a very calming feeling. I know it was God telling me that he had everything under control. I spent a whole week in a hospital hundreds of miles away from home.

After a week they sent me home, when I got home I started feeling funny again, I was still bleeding and having diarrhea. So I wound up back the emergency room and they put me in ICU for a week. I had two blood transfusions, a colonoscopy, and they had to put in a picc line. That’s when we found out just how sick I really was. My GI told us that out of all the years he had been practicing I was the worse case he had ever seen. But luckily after a week of medications and a whole lot of prayer they sent me home, but that wasn’t the end.

When I came home I was like a 90 year old women trying to get around. I almost could not walk because I was so weak. I lost about 30 pounds, I looked very sickly. After about a week being home I had my fist kidney stone, I thought I was gonna die. Then about two weeks later I get another one! I just didn’t know where my life was headed. After all that I managed to hit the road to recovery, but a couple of months later I had blood work done and found out I needed to have another blood transfusion. Turns out I had to have eight in almost a month. After all that I finally have had a chance to recover well. It has been a year now and I still struggle from time to time. I look back on it all and still break down thinking about all I had to go through, it’s not easy living with this disease but I will not stop fighting for a cure!

I pray for all the people who have to go through this and any illness. If I had not gone to the hospital when I did I may not be here right now. I know there are people out there that have gone through far worse than me, and my whole heart goes out to you. I know this fight isn’t over and I don’t know what lies ahead but I won’t let that scare me. I try and live my life as if it’s my last day to live. My God go with each and every one of you. <3 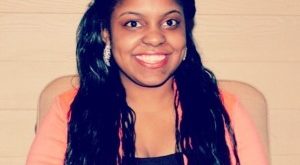 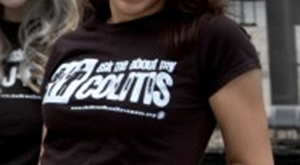