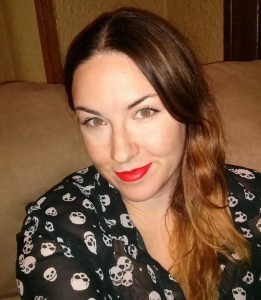 I had always been a very healthy, then very ill, then healthy, then very ill child. I played almost semi pro soccer until I as 18 until I went away to school. I had bad problems there. I was diagnosed with bipolar disorder and was put on medication after medication, even after having an acute seizure several times and a bevy of other strange non bipolar related neurological symptoms.

Flash forward to 28. I became very ill in 2008. To make a very long story short, I went to the hospital after being told by several doctors that I was too young to have the issues I was reporting. I as told it was all anxiety from my bipolar disorder. When I went to the hospital I found a doctor to listen to me. They checked me out and found my heart was being crushed by almost a liter of water. I had severe anemia and pneumonia. I ran a 106 to 107 fever for a week.  I blacked out and woke up covered in ice and with ice under my arm pits and legs.

During that month I was in an out of the ICU and intensive care all over Indiana, I went to seven different hospitals in Northwest Indiana to try and reduce my fever. Finally they managed to bring my fever from 106 to normal long enough to kick me out (I had no health insurance). Three days later I started running a super high fever again and broke out in a rash all over my face and my back. My mother took me to the teaching hospital in Indy, where they told me their best guess was Mixed Connective Tissue Disease.

Flash forward a few years. I had reoccurring pericardium effusions, inflammation of the chest wall, more effusion of the lungs, inflammation of joints, cyclic vomiting for weeks on end, and chronic menstrual issues that cause me to bleed so much they put me on special medication to slow the blood so I didn’t pass out. My seizures started again in 2010, but this time they were in the frontal lobe. I lost the ability to read, write, I didn’t know where I was, and didn’t know how to drive. I lost my vision completely while driving once. The doctor and I now agree that the old diagnosis of bipolar were really symptoms brought on by the inflammation of the nervous system and brain. I could go on and on but the point being, it has been a very exhausting and lonely journey. Almost dying, no one believing you regardless of the obvious illness your manifesting, and the endless debt…you all know the story…

But, I am pretty happy regardless of it all. I struggle every day to do normal things, but I am finding my way. I have a job that allows me to work from home sometimes, so that helps. I worry I will loose it during a flare up of course, but I keep pushing on and fighting the good fight. I have never met anyone else with MCTD besides myself, so it is encouraging to see other women out there whom may share my experiences. Though things have been hard I know I will not give up. I’m a phoenix and so are you!!! Through my endless creating of artsy things, the support of friends and family, and hopefully getting back on some kind of insurance (I’m in a flare now with no insurance)m I hope to regain my foothold and keep it =D 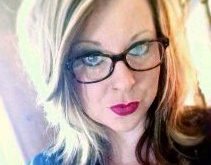 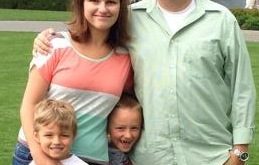 I was diagnosed with having lupus almost 3 years ago. I am now almost 60 …