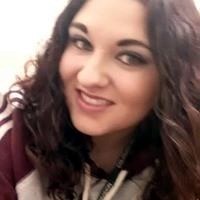 My name is Heather. I am 27 years old and feeling incredibly depressed. I have finally been diagnosed with PCOS, as of last month, although I knew I suffered from this years ago. I guess I will start at the beginning of my story and try not to make this entry too long.

When I was 15, I started my period, I ended up in the ER due to extreme abdominal pain so severe that the doctor at the ER thought I may have appendicitis. After ultrasounds and tests, they told me that I was fine and what they believed was causing the issues was one of my ovaries being larger then the other and me going into my first menstrual cycle. Ever since that first period I have struggled with very irregular periods that were also very heavy and very painful!!!

When I was seventeen years old, I got pregnant from my boyfriend. We were very scared and ashamed, but we decided to keep the baby. At three months, I miscarried. It was one of the most painful experiences of my life, both physically and mentally. It took me years to get to a point where I didn’t cry for the loss of my baby.

As the years passed, I still continued to struggle with irregular periods. It was not until two years later that my other half and I decided to try again. We had tons of unprotected sex for two years, and there was never one pregnancy. I was so frustrated and hurt, and there was no explanation as to why I could not conceive. It was around this time that I started growing random hair patches on my chin. I was embarrassed and confused. I also began gaining a lot of weight in my midsection, which I believed was a result of my heavy drinking at the time, since I was so depressed that I was having problems getting pregnant.

My boyfriend of 6-1/2 years and I separated, and my depression hit an all-time low. I was a complete mess. No matter what I did, I could not find peace in my life. I found comfort in a very unhealthy relationship, and within a year, we started having unprotected sex. No protection, no pull out, no nothing. Not that we ever expressed a want for a baby, but I think we both would have welcomed it. After a faint positive pregnancy result, I took three more tests, all of which showed a positive result. I was convinced I was pregnant. I made an appointment with my OBGYN for 4 days later to confirm. The very next day, I started bleeding and feared the worst. By the time I made it to my appointment, the OBGYN informed me that I was not pregnant. He informed me of something called a “phantom pregnancy.” I was devastated. WHY does this keep happening to me?

Right around this time, the facial hair growth I was experiencing became more aggressive, so much to the point that I began researching it. This was the first time I learned about PCOS. I had all of the symptoms: the irregular periods, heavy bleeding, painful cramps, hair growth, etc. I told my OBGYN that I believed this was what the problem was. He ordered blood tests and a vaginal ultrasound. His diagnosis??? Nothing was wrong. He never once suggested losing weight or anything. I KNEW from research that I had PCOS, but at this point, I blindly believed PCOS was only a fertility issue.

I HAD NO IDEA that PCOS causes diabetes and heart disease if left untreated. All the research I had done led me to think that this syndrome was a fertility problem. With that being said, I didn’t seek treatment for it because I was not ready to have a child. I met my husband a little over two years ago, and we recently got married on February 19th. Right after he proposed, I knew I needed to seek help with my problem. The OBGYN I had been seeing for 10 years had never diagnosed me or treated me for my problems, so I decided to get a second opinion. Basically, I had self diagnosed myself with PCOS, but my OBGYN prior had dismissed it and told me that nothing was wrong. My new OBGYN confirmed what I had known all along: I have PCOS. I am 5’5 and weighed 190 pounds. He immediately started me on Phentermine to get me to lose weight, and once my blood test came back that my liver and kidneys were healthy enough, he started me on metformin. I am also on a very low carb diet (40-50 grams of carbs and 80-100 grams of protein). I have lost a sufficient amount of weight, which is a nice side effect, but I am still worrying about developing diabetes or heart disease.

The actual diagnosis has scared the crap out of me. I was put on this Earth to be a mother. That is all that I want. I know that with weight control and metformin, chlomid, IVF, IUI, ect. it is possible, but I cannot help but feel helpless. What if none of those work? What if I develop diabetes or heart disease? For God’s sake, I am ONLY 27 years old. I don’t know anything about health history on either of my parents’ sides, so who knows what genetics have in store for me? I am stressed to the max and scared. For now, I am just feeling defeated. I am following the diet and taking the meds, but I still feel petrified when I think about my future. I finally have a man in my life who loves and cares for me. I have a reason to LIVE! I WANT to live. I want more than anything to have a child with the man I love. I just want to experience a normal life, married with a child of my own. I hate the fact that I am 27 years YOUNG, and I have restrictions in my life. I HATE PCOS! I HATE not feeling like a woman because I have difficulty achieving what most woman do. I HATE not being able to enjoy the things in life that used to bring me happiness (potatoes, pasta, etc.). I am just really struggling with this. Any thoughts or advice are SO welcome and NEEDED!!! I know this was a very long story, but I just needed to get it off of my chest. Thank you in advance for all of your advice!