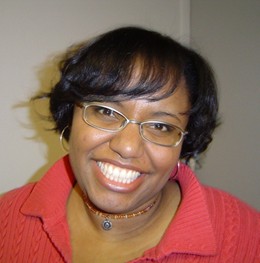 Hello! My name is Falanya and at 33 years old, I have been “fighting like a girl” since I was 10 years old when my mother suddenly fell ill.

I remember the first day Lupus entered my life: I was walking with my mother by my side on my way to the first day of middle school. Picture it: Philadelphia, fall of 1988. I was nervous about starting a new school, a higher grade with new and older kids, and I remember marveling at how big Ada H. H. Lewis was in comparison to the elementary school I had just graduated from when all of a sudden, my tall, slender, statuesque mother fell to the ground! I reached my little hand to help her up and I remember thinking that I should be embarrassed at her falling but I wasn’t. I glared around at the other kids daring them to snicker at her. I don’t know where that small display of lioness-like courage came from but I believe that was my first “Fight Like A Girl” moment and all of a sudden I felt a little taller and ready to handle what lay ahead.

I was 10 years old, going on 11, and my world was changed forever when my very active, hard working mother of 5 young children finally succumbed to neurological Lupus. As we know now, she had been sick with it all of her life but never had her growing symptoms checked out by a doctor. So by 27 her body finally could no longer keep up and she quickly became bed-ridden.

The youngest of us was 6 at the time and as the oldest, it became my responsibility to take on a fuller share of the household duties. Mom taught me to grocery shop, cook and clean all from her bed. We all learned at an early age what complex-partial seizures looked like and what to do when she was having one. At first, watching your mothers body jerk and writhe and be thrown about was a very difficult thing for a young child to watch, but as the years passed my skin toughened a little more and more and I was able to sit with her during these times, not afraid, but as a watchful mother hen, making sure that she didn’t hurt herself.

My mothers lupus affected her central nervous system causing diffuse Organic Brain Syndrome. She lost the ability to do basic math, some cognitive abilities and was even unable to recognize me her eldest child for a long period of time. The lupus then spread to her joints, muscles and soft tissues wrecking havoc wherever it went giving her excruciatingly painful arthritis, Irritable Bowel Syndrome, Hypothyroidism and finally diabetes. Despite her pain and suffering, the bulk of which I now know she kept from us kids at the time, she taught and instructed all 5 of us right from her bed in the ways of the world that we lived in. Watching television was a common pastime, besides reading, and she never let us watch passively. Constantly she admonished us to think about what messages were being disgorged upon our young minds and to question everything. She encouraged us to fight against what was commonly held to be truth in our society and to dig for deeper truths that would ultimately set us free from the think-and-do-as-the-flock mentality. She taught us to be fighters and she fought to keep what brain functions she had and to improve on what was left. So when she could, she read avidly, forced herself to remember long passages of poetry and scripture to exercise the parts of her brain affected by the lupus. She fought and continues to fight, now 23 years later and still bed bound, but most importantly, she taught us to fight!

She encouraged all of us to look at the world outside of the Germantown neighborhood we lived in in Northwest Philadelphia. We all went to college and one by one was scooped out of the nest. One brother went on tour doing childrens plays across the US, another traveled to South Korea to go to school and learn about a new culture and I ended up here in Alaska. What better state than Alaska to study as a Biology major! I only planned to live here for a year but I became so enraptured by the beauty of this place and its people, that I stayed.

I was living my life! Despite struggling with Costochondritis as a teenager, joint pain and skin tenderness, I did most all of the things I thought I ever wanted to do. I had a full share in my theocratic ministry, I went to school, and I had and made friends easily. I was camping and fishing and hiking and doing all kinds of things living in Philly probably would never have afforded me. And I lived with Ibuprofen as my constant companion. Funny thing is, I never thought twice about it. I was living in Alaska and loving it!

At 24, I got married and I was happy. I was working in real estate, had a home, a car, friends and family. Mom moved to Alaska shortly after I was married, as did one of my brothers, his wife and my sister with her husband. We all lived on the same street and my nieces and nephews were born, here in Alaska, in Philadelphia, and in Korea. Then the Fall of 2006, changed my life forever.

After a trip to Disney World, I started getting the familiar pains of Costochondritis, pain at the center of my chest and through to my upper back with every breath that I took. Along with the constant pain, I had very little energy. Basic activities of daily living were becoming harder and harder to do. Mom watched me and saw that my energy was draining and immediately insisted that I see a doctor. After some deliberation, I went into my doctor and told him what I thought was wrong with me and what medicine had helped me in the past. He was nice and just listened to me and then ordered some blood tests.

The tests came back and my inflammation rate was highly elevated. I didn’t know what this meant but when I told mom what the numbers were, she who is normally calm and collect under pressure, shrieked and stumbled back in shock. It was at that time that I became concerned.

Anti-inflammatory drugs were started and interestingly enough so did all the horrible, debilitating pain! My joints wouldn’t support me anymore! The only comfortable position was laying down. I was crawling up the stairs because walking upright all of a sudden wasn’t possible and crawling actually felt better! Riding in a car was too painful for all of the bumps and dips in the road. I quickly became more and more house-bound and to be more specific, couch-bound.

I fought to keep my job and on days when the pain wasn’t so bad I went to work only to end up out of work for weeks afterward. Planned and paid for vacations had to be cancelled only to be replaced by the multitude of doctors visits and costly tests. With all of the changes my illness was imposing upon our family, my husband couldn’t hack the responsibility of caring for an ailing wife. He ultimately moved out of state and left me with no health insurance and only the money I got from him when I sued for divorce.

Now, living with my mother in low-income housing, no car, no health insurance and living off of the wonderful kindnesses, monetary and otherwise, from my brothers and sister, I’m fighting to remain comfortably pain-free; not always winning that battle but fighting nonetheless. Fighting to keep a smile on my lips and laughter in my mouth. Fighting to remain who I am despite Prednisones attack on my otherwise bubbly, easy-go-lucky personality. I am so very fortunate to have the blessings that I do have in my life, even though it’s not the life I envisioned for myself, and I’m also fortunate to notice those blessings as they come my way and to be thankful for them.