I have heard a lot of comments throughout my 19 years of living with a Congenital Heart Defect and life threatening lung disease called Pulmonary Hypertension. Many of which have had to do with my scar or the way my voice sounds. A few times in elementary and middle school; kids would tell me how they wished they had a heart defect so they could get out of participating in P.E. When I was younger, I knew they weren’t trying to be mean or anything and that they just didn’t know any better. They didn’t know how it felt to sit on the side lines and watch as your friends ran back and forth and how you wished so much you could run just like them without getting tired. They didn’t know what it felt like to be the “cheerleader” for the team when you so badly wanted to be on the field with them. That was when I was 11 to about 13 years old that I got those comments. So going into college, I thought since P.E. wasn’t mandatory; I wouldn’t get any comments about me sitting out of physical activities. Boy was I wrong.

It was a few weeks ago when I was sitting in class with a boy in my class, this was before the teacher came in. I was telling him about a nightmare I had, about how I had been late to class and even though it said on my disability sheet that I was allowed to be late, the teacher yelled at me and kicked me out of class. I had woken up thinking it had really happened and that terrified me because I am a person who thinks it is important to follow the rules. I am a person who feels it is important to do the right thing. But my friend missed the point of my story, about how I had been afraid of being kicked out of a classroom for reasons that were beyond my control. Instead he turned to look at me and said, “Wait, you’re allowed to be late to class?” I responded with, “yes because I can’t walk as fast as other students to get to a class.” His response wasn’t something I would expect from a 18 year old college student; “that’s not fair.”
Not fair? Me being able to be a few minutes late isn’t fair? I wanted to point out to him that the fact that I was born with a debilitating and ultimately terminal illness wasn’t fair. I wanted to remind him that the fact that I wasn’t allowed to have biological children, or go on roller coasters or even have caffeine wasn’t fair. Or the fact that from an early age I have had to fight to live and survive while he threw away a perfectly good body with smoking wasn’t fair. Instead I asked him, “How is that not fair? I can’t help that I have to walk slower because I can’t breathe as well.”

“I’ve seen you walk. You can keep up with me.” He responded. This really ticked me off. So because I can keep up with his speed he has decided that I am healthy enough to not need extra time walking to and from class. I calmly explained to him that that wasn’t true, that often I had to stop and take breaks; that he has continued to walk without even noticing that he had left me behind. I didn’t complain about that fact, but I just informed him that he was wrong. I also informed him that some days my heart and lungs are better than others. Some days I am so tired I can barely get out of bed while others I feel fine. Then just for good measure to make sure he realized just how serious my heart defect and lung disease was, I reminded him that I have to wear oxygen at night, when I go above 3,000 feet (airplanes and mountains), I take 45 pills a day and that someday I will need a heart-lung transplant. He didn’t complain about me being allowed to come to class a bit late ever again, nor did he ever claim it was unfair.

This experience with a classmate of mine has shown me once again that people judge people based off of how they look all the time. Looking at me, you’d never know how hard I have fought and continue to fight to live. Looking at me, you’d think I was healthy. But I’m not, I’m far from it. I encourage everyone to not make quick assumptions or judgments based off of someone’s appearance, because looks can be deceiving.

Share
Previous The Increase of Fibromyalgia/CFS in Young People
Next Cookies, Cakes and Endo, OH MY! Surviving the Holidays 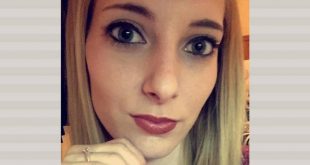