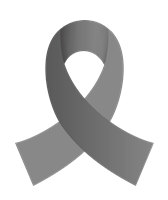 I was 19 years old, newly married, and had just moved to Texas from Florida. I started to have some swelling in my left leg and it became quite painful. So my husband at the time brought me to an ER and after examination I was told I had pulled some ligaments and was sent home with crutches. However other symptoms came up, a persistent headache, blackouts, general drowsiness. Again thinking it was nothing, I mentioned it to no one.

Then the day before memorial day 1990, my then husband woke me to say I felt like I was on fire. He helped me dress because by that time my head felt as if it were going to explode and we rushed to the ER again. The doctors assumed I had an aneurysm in my brain, because of my symptoms and performed a spinal tap on me with no anesthesia, and found it inconclusive. I lived in a small town at the time and they didn’t have the necessary equipment needed so I was rushed by ambulance to a hospital in downtown Dallas, Texas.

After an angiogram with no results and two more spinal taps again with inconclusive results and my health getting worse they decided on an MRI. Three hours later I was told I had a tumor wrapped around my spinal cord and needed surgery. The surgery lasted close to eight hours I’ve been told and when it was all said and done the neurologist said it was cancer. I was in the hospital about two weeks and the day of my 20th birthday had my first radiation treatment, 36 in all. The neurologist promised no more migraines.

Fast forward to 2002, I am no longer married, I started having symptoms again, and had my PCP ordered a MRI. Lo and behold I do not just have one tumor but two this time and in the nerve sac. Again, I had surgery and afterwards found out that although it was not cancer this time I cannot have radiation because my back is too fragile and chemo doesn’t work. So right now I’m in “remission.” There is always a chance it will come back. I’ll wait for it and fight again !!

Side note. Yes its considered a childhood cancer, its called ependymoma. It’s an anomaly. My two kids ages 21 and 17 have no signs and thank God for that.